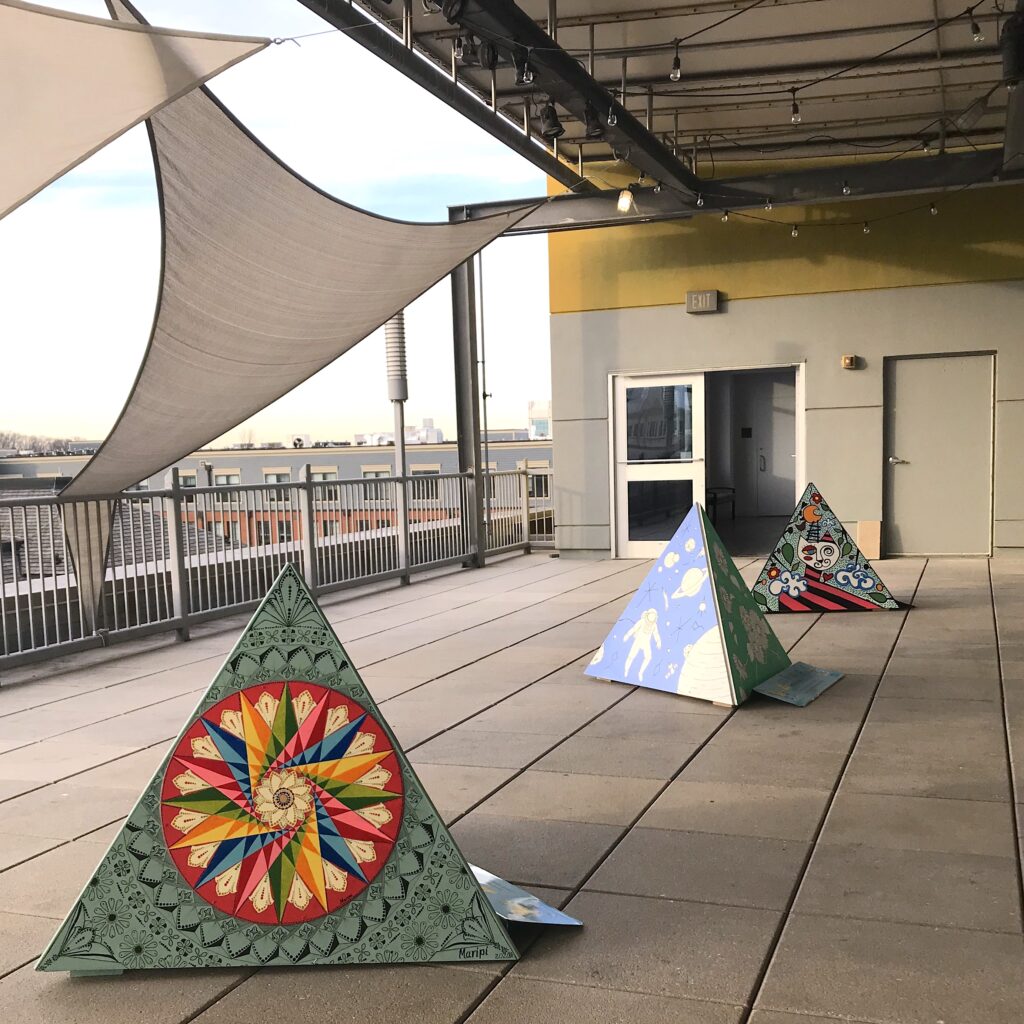 Last May, preparations were underway for the 4th annual Wheaton Arts Parade & Festival when the COVID-19 pandemic put a halt to public gatherings. Prevented from bringing the community together for its day-long parade & festival, WAP decided to bring art to the streets and sidewalks of Wheaton where people could see it safely in small groups over a two week period. This lead to hiring local artists to create pyramids for a public temporary art installation. VisArts would like to thank WAP for partnering with us for this exhibition, and showing several pieces from the Path of Pyramids on our rooftop.

Artists in this exhibition include:

Wheaton was formed by the intersection of three state highways, creating what is known as the Wheaton Triangle. Thus the annual parade has been called “Parade the Triangle” and the image of the triangle has symbolized the coming together of Wheaton’s diverse cultures.

One of the pyramids became the canvas for the WAP Community Mosaic, supported by a grant from the Maryland State Arts Council. In order to maintain safe social distancing, the project selected three families who could work on one of the panels under the guidance of WAP mosaic artist Edwin Salmeron and student artist Allyson Sanchez. The mosaic became a tribute to the Salvadorian heritage of the three families who worked on this particular pyramid

Each pyramid has a page on the WAP website with images of their three panels and an audio recording by the artists(s). Visitors to VisArts will be able to use their mobile devices to open a QR code to hear the audio recordings as they stand beside the pyramids.