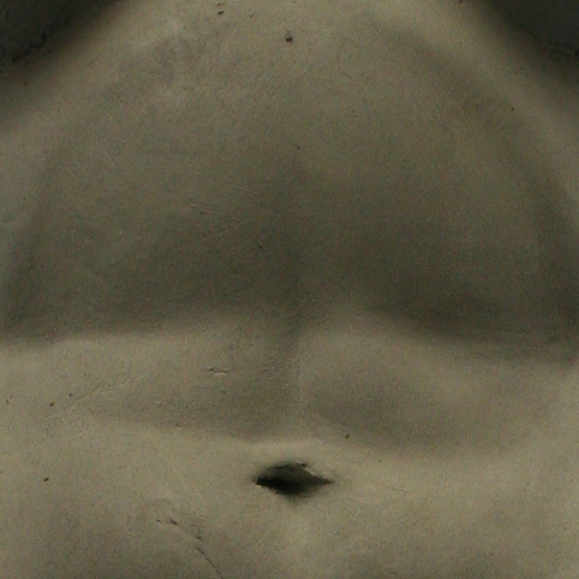 Thanasi Papapostolou’s exhibition, “Eikona / Image”, confronts the dilemma or crisis of self-projection in today’s socially oriented world. By delving directly into the fleshy, corporal nature of human existence, Papapostolou explores the phenomenon of image making as a vital human impulse. His work redirects contemporary and classical figurative sculptural forms within an installation context, posing the questions: “Who are we?” and “Who do we wish to be?”.

About the Artist: Athanasios (Thanasi) Papapostolou is a sculptor who lives and works in the Washington, D.C. metro area. His work is recognized as possessing a unique quality that synthesizes classical figurative sculpture with the conceptual experiential movement of the present. Thanasi is represented by Carbon 14 Contextual Galleries in Philadelphia; his work can also be found in various private collections in the United States, the United Kingdom, Greece, as well as in art institutions such as the Pennsylvania Academy of the Fine Arts. Thanasi has been the recipient of numerous awards and honors. He has received grants from the New York Academy of Art as well as the prestigious Cresson Grand Tour Grant for study in Europe. He is currently an Honorary Fellow in the Art Department at the University of Wisconsin Madison. Thanasi has received an M.F.A. from the Graduate School of Figurative Art of the New York Academy of Art, a B.F.A. from the University of Pennsylvania, a four year certificate from the Pennsylvania Academy of the Fine Arts, and he has studied internationally at the Accademia di Belle Arti in Florence, Italy.
www.thanasipapapostolou.com