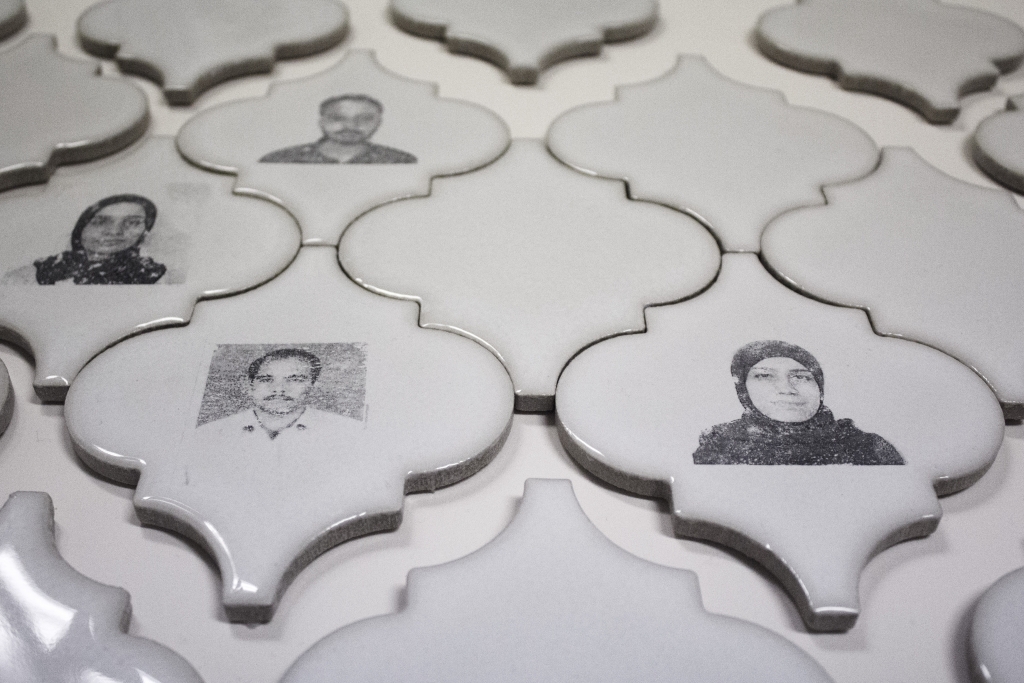 Addressing notions of home and experience of immigration against the current U.S. political backdrop, “Small Identities” is a play on both words and ideas. It not only refers to the ID photos of Muslim immigrants featured in Sobia Ahmad’s installation at VisArts, but also alludes to the politicizing of identities, racial profiling, and belittling of individuals at the hands of politicians. Ahmad’s interdisciplinary work explores themes of identity and belonging through concepts of dichotomy and duality – ideas of the permissible and forbidden, revealing and concealing, public and private, purity and impurity, freedom and oppression. Though autobiographically inspired, her work is an investigation of both individual and collective experiences shaped by sociopolitical ideologies. By using intimate imagery from her own life, she examines the relationship between history and personal narrative, particularly within the contexts of colonialism, immigration, politics, and religion.

About the artist: Born and raised in Pakistan, Ahmad moved to the United States at the age of fourteen. She is a 2016 graduate of the Bachelor’s in Studio Arts and the Honors Art Program at the University of Maryland College Park. Her work has been included in the Sadat Art for Peace permanent collection, and has been displayed in the Washington D.C. metro area, in Los Angeles at the Craft and Folk Art Museum, and in several other cities including Chicago, Seattle, and London. Ahmad was awarded an artist residency at the Vermont Studio Center for Spring 2018.

Learn about Sobia Ahmad’s upcoming Inside Art workshop Photo-Transferring with Tiles on March 11, 2018.