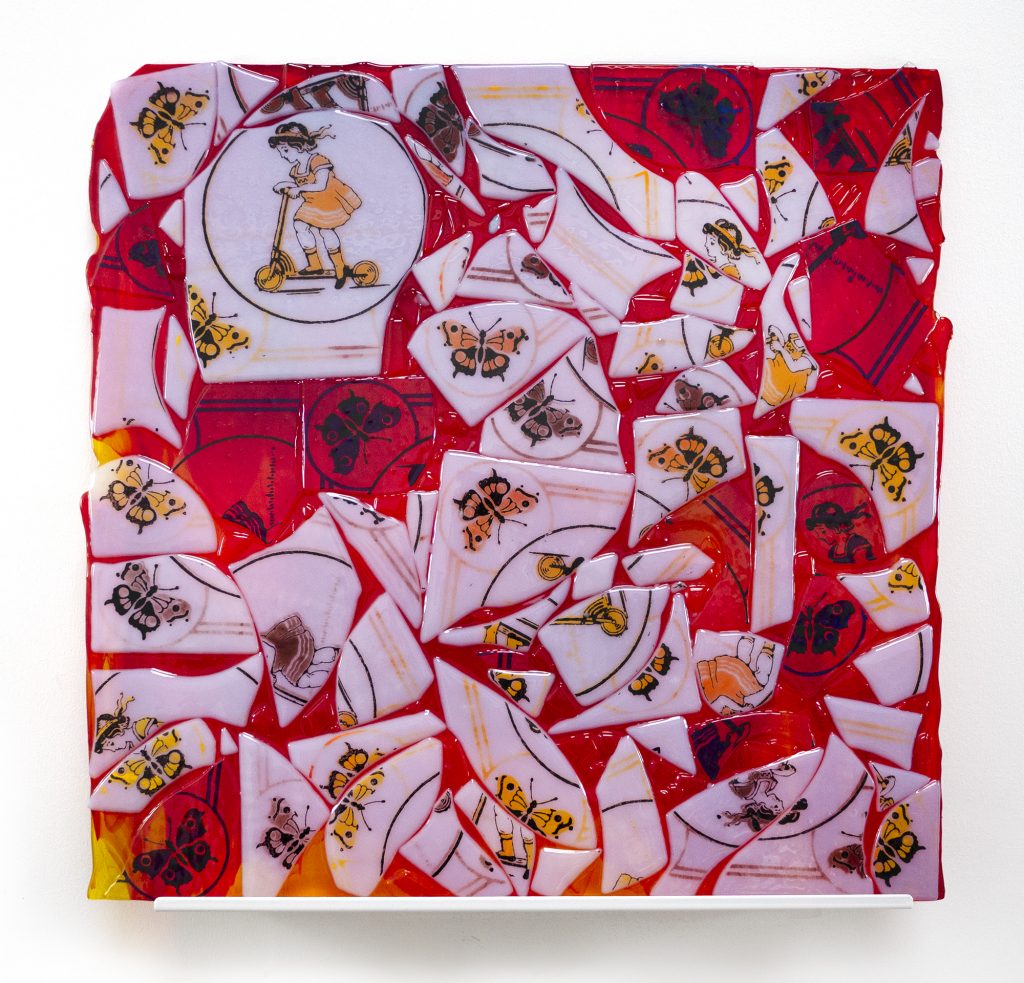 Noah Breuer begins his process as a collector, unearthing and accumulating images and documents. Then, he acts as a re-interpreter of this material, creating prints, drawings, sculptures, books and installations. Noah’s work often starts with an image archive, or record of correspondence. The resulting artworks reflect his personal thoughts, aesthetic associations and research into a particular subject. His current project examines the visual legacy of “Carl Breuer and Sons” (CB&S), his  family’s former textile printing business founded 1897 in Bohemia. In 1939 the company, along with all other Jewish-owned property in German-occupied areas, was seized and sold to Nazi-approved owners. Most of his family members were killed, and the product of their work was lost. Through Noah’s visits to the Breuer company’s archive of fabric samples and designs held at the Czech Textile Museum, he has amassed a rich digital collection of primary source material in the form of scans and photographs. This research opened a window to the material world of Noah’s lost European family, and prompted him to create a tangible connection to the past through his artwork.

Noah Breuer is an American artist and printmaker, raised in Berkeley, California.

He holds a BFA in Printmaking from the Rhode Island School of Design, and an MFA from Columbia University. He has also earned a graduate research certificate in traditional woodblock printmaking and paper-making from Kyoto Seika University in Japan.

His artist books have been published by the San Francisco Center for the Book, as well as Small Editions in Brooklyn, New York. His work is in the permanent collections of the Whitney Museum of American Art, Watson Library at the Metropolitan Museum of Art, and the Brooklyn Museum of Art

Breuer works as an Assistant Professor at Auburn University.