A Conversation at the Josiah Henson Museum: November 18 2021 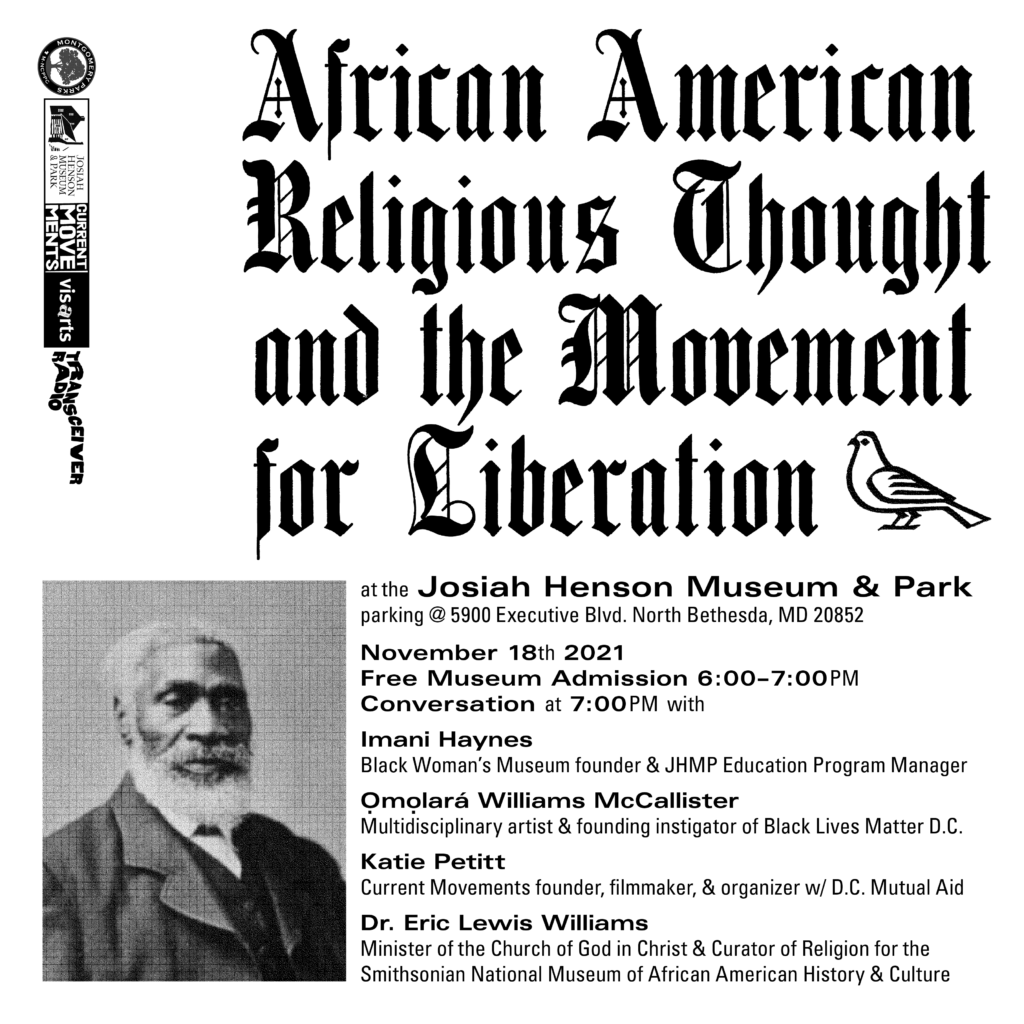 A Conversation at the Josiah Henson Museum: November 18 2021

Current Movements, VisArts, and the Josiah Henson Museum and Park present a conversation on the legacy of African American religious thought in social movement organizing in the U.S. and beyond. Participants include the founder of the Black Woman’s Museum and Education Program Manager at the Josiah Henson Museum, Imani Haynes; multidisciplinary artist and founding instigator of Black Lives Matter D.C., Ọmọlará Williams McCallister; Current Movements founder, filmmaker, and organizer formerly involved in Black Lives Matter D.C., organizing at Standing Rock, and currently organizing with D.C. Mutual Aid, Katie Petitt; and ordained minister of the Church of God in Christ and Curator of Religion for the Smithsonian National Museum of African American History and Culture, Dr. Eric Lewis Williams.

The event will be recorded and later broadcast as part of an episode of Current Movements’ Insurgent Imagination, a podcast considering the intersections of storytelling, artistic practice, and movements for collective liberation.

Current Movements is a Washington, D.C.-based organization with a mission of connecting activists, organizations, and movements around the world using film, art, and technology.

The Josiah Henson Museum and Park is the former plantation property where Rev. Josiah Henson was enslaved. Henson’s 1849 autobiography inspired Harriet Beecher Stowe’s landmark novel, Uncle Tom’s Cabin. Henson eventually escaped to Canada where he helped establish a city inhabited by former slaves, continued his ministry, and became an international speaker and abolitionist. Henson led 118 people from enslavement in the U.S. to freedom in Canada as a conductor on the Underground Railroad.