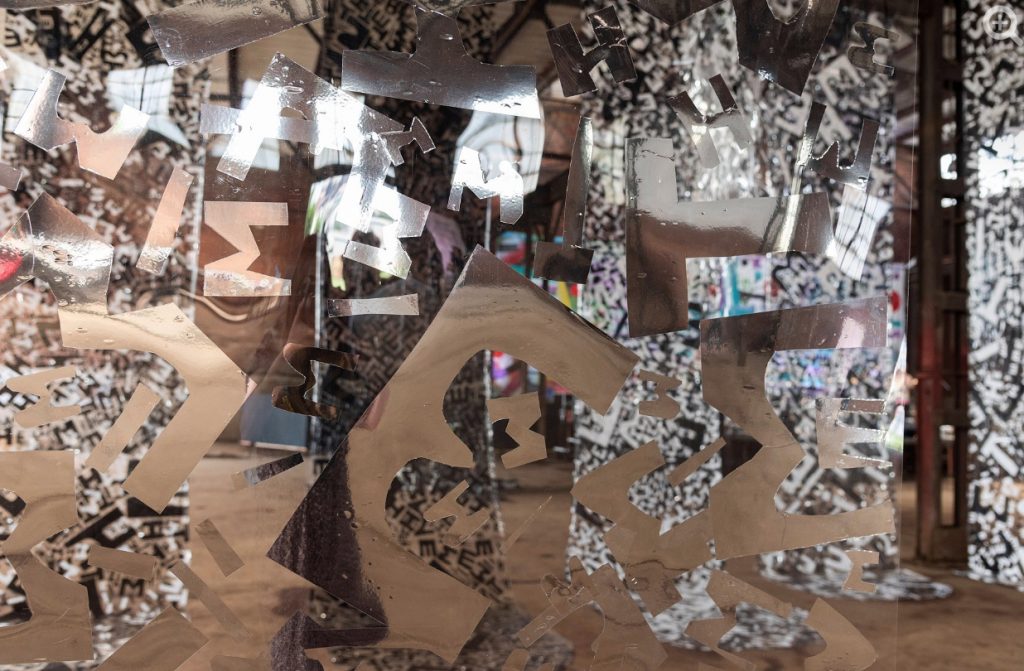 Hoesy Corona’s uncategorized works draw from his personal experiences as a queer Latinx immigrant in the United States. His works oftentimes confront and delight viewers with some of the most pressing issues of our time. Recurring themes of race/class/gender, otherness, celebration, isolation, and the climate crisis are all present throughout his work.

Imaginary Construct is a site-responsive installation made using digital tools as well as hand cut black and white vinyl letters adhered to a clear substrate that deconstruct the word “white”. Making the invisible slightly more visible.

Imaginary Construct is a part of the ongoing series White Constructions, begun in 2016, in which Corona considers the arbitrary and deliberate construction of race in the United States and its negative effects on black and brown people. Insisting that the hierarchy of ones racial profile in the US is not innate, or natural but is instead a deliberate social construct created by the powers-that-be in an effort to subjugate non-white people.

Imaginary Construct reminds the viewer that language is alive, used to craft the world, and can be constructed or deconstructed at any given time to change the way we relate to each other.  Imaginary Construct invites us to reconsider and reconstruct our personal, political, and national relationship to the faulty and dangerous notion of race.