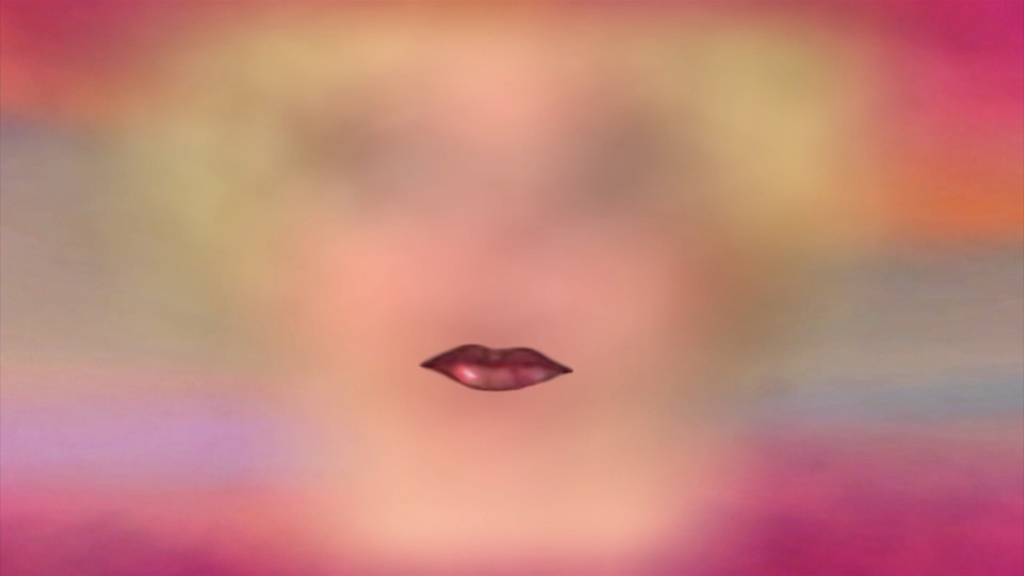 Frame & Frequency is an ongoing International Video Art Screening Series curated by Frank McCauley. This edition highlights the work of seven international artists from Bogotá to Medellín, Colombia and from Pakistan to Sweden as well as artists from across North America, whose new media, experimental film and video works explore contemporary visual culture, and presents an intimate panorama of the variety and breadth of video art in artistic practice today – including various themes such as appropriation, digital erasure and camouflage, identity politics, climate change, as well formal investigations of video as a medium.

Mariam Eqbal is a Pakistani born artist working at the intersections of art and science on the subject of time, space, and metamorphosis. Eqbal comes from a background in drawing and painting, and uses traditional media in conjunction with new media technologies and approaches, including video, animation, sound, installation, and performance.  Her works with the moving image have been shown in galleries and screened in various festivals nationwide and around the world including: Manchester International Film Festival, Manchester, United Kingdom; Antimatter Media Arts Festival, British Columbia, Canada; The Conference on the Image, Chicago Art Department Gallery, Chicago, Illinois; and Access Code Short Film Festival, Bangalore, India. Her experimental animated work, Choreography for the Scanner, won best film in the Screendance Competition at the 29th Leeds International Film Festival, Leeds United Kingdom. Eqbal was awarded a professional fellowship from the Virginia Museum of Fine Arts in 2015 for her paint on glass experimental animated series, Diagram of Forces, which includes the short film Brush. Mariam Eqbal lives in Richmond, Virginia where she teaches video, sound, and animation classes in the Department of Art and Art History at the University of Richmond. She also serves on graduate thesis committees as an Affiliate Graduate Faculty Member in the School of the Arts at Virginia Commonwealth University.

Lydia Moyer is a visual artist and media maker who lives and works in central Virginia where she is an associate professor at the University of Virginia. Moyer directs the new media program in the art department at UVA, where she has taught since 2006 after completing an M.F.A. at the University of North Carolina at Chapel Hill in 2005.

Her work has been shown widely in festivals and galleries including The European Media Arts Festival in Osnabruck, Germany; The Impakt Festival in Utrecht, the Netherlands; video-dumbo in Brooklyn, New York; the PDX Festival in Portland, Oregon; the Black Maria Festival in Jersey City, New Jersey; Printed Matter in New York, New York and the Center for Book and Paper at Columbia College in Chicago, Illinois.

Dan Rule was born in Belleville, Illinois in 1977. He studied printmaking at Southern Illinois University Carbondale (B.F.A.) and Northern Illinois (M.F.A.). He works primarily in drawing, prints, video and animation, often focusing on topics that are scientific and philosophical in nature.

Dan is currently an Assistant Professor of Art at the University of New Orleans, where he teaches printmaking, photography and digital media. He has exhibited nationally and in Japan, Canada, and Europe. Dan currently resides in New Orleans. Recent and upcoming exhibitions include the International Print Center in New York, New York; Jonathan Ferrara Gallery in New Orleans, Louisiana; and the Lawndale Art Center in Houston, Texas.

Joseph Smolinski was born in St. Paul, Minnesota, and lives and works in New Haven, Connecticut. He received his B.F.A. from the University of Wisconsin (1999) and his M.F.A. from the University of Connecticut, Storrs (2001). His work has been shown in group exhibition venues that include Diverse Works, Houston, Texas; MASS MoCA, North Adams, Massachusetts; the Aldrich Museum of Contemporary Art, Ridgefield, Connecticut; the McDonough Museum of Art, Youngstown, Ohio; the Wadsworth Atheneum Museum of Art, Hartford, Connecticut, and solo exhibitions at Mixed Greens Gallery, New York; Swarm Gallery, Oakland, California; Real Art Ways, Hartford, Connecticut; and ArtSpace, New Haven, Connecticut. His work has been discussed in Art in America, The Boston Globe, The New York Times, and Art Papers, among other publications. He is a recipient of the Connecticut Commission of the Arts 2012 Artist Fellowship, the 2014 Menakka and Essel Bailey ’66 Distinguished Visiting Scholar in the College of the Environment at Wesleyan University, and a 2012 Artist Resource Trust Grant from the Berkshire Taconic Community Foundation.

John Mosher is a multi-media artist working in video, sound, and mixed media on paper. He is interested in creating narratives that weave across different mediums. His current narrative is based on characters he created called “The Chromanauts”. He received his MFA from the University of Cincinnati, and is currently an Assistant Professor of Art at Salisbury University, in Salisbury, Maryland.

About In(Site) Project at VisArts: 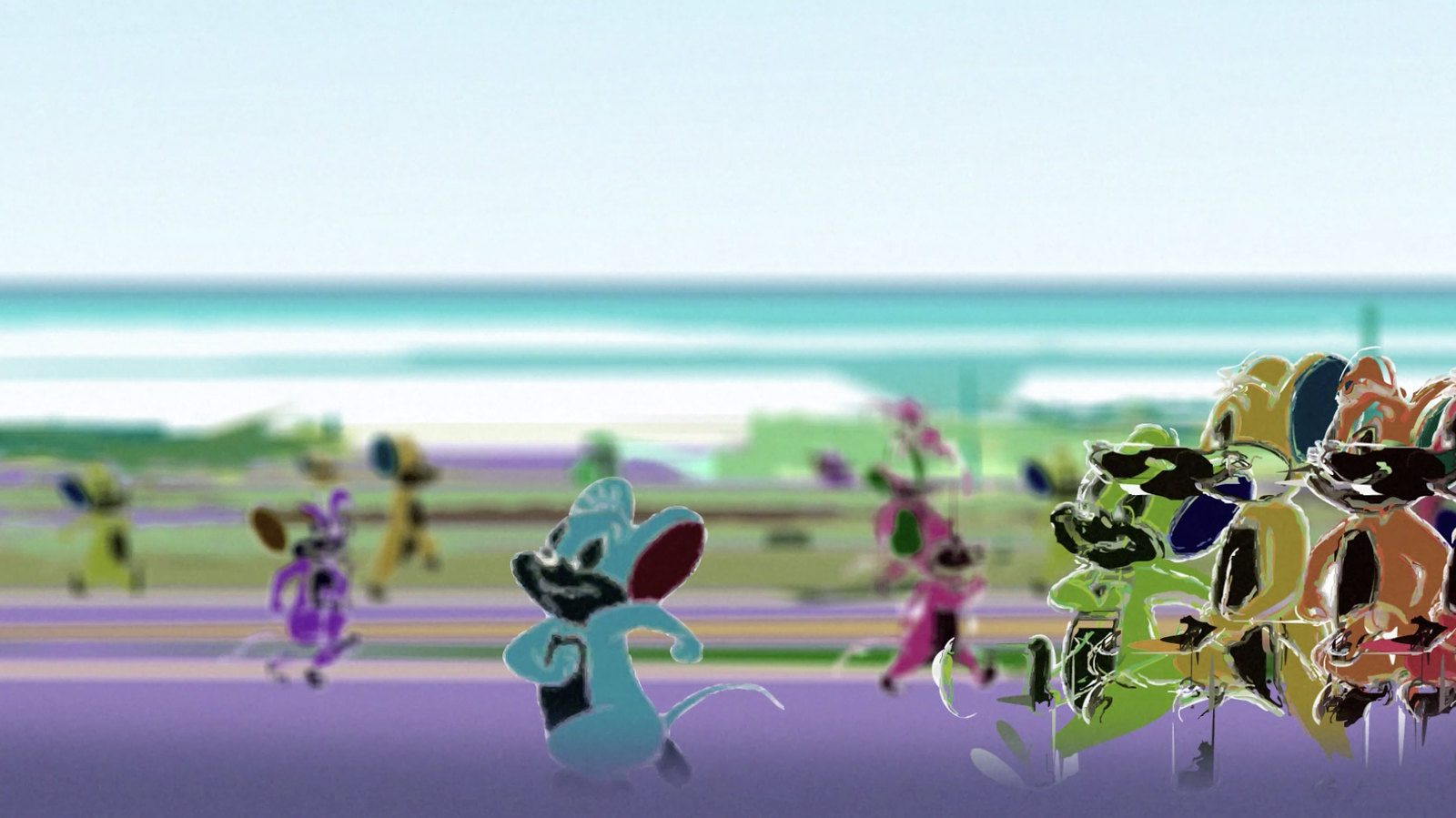