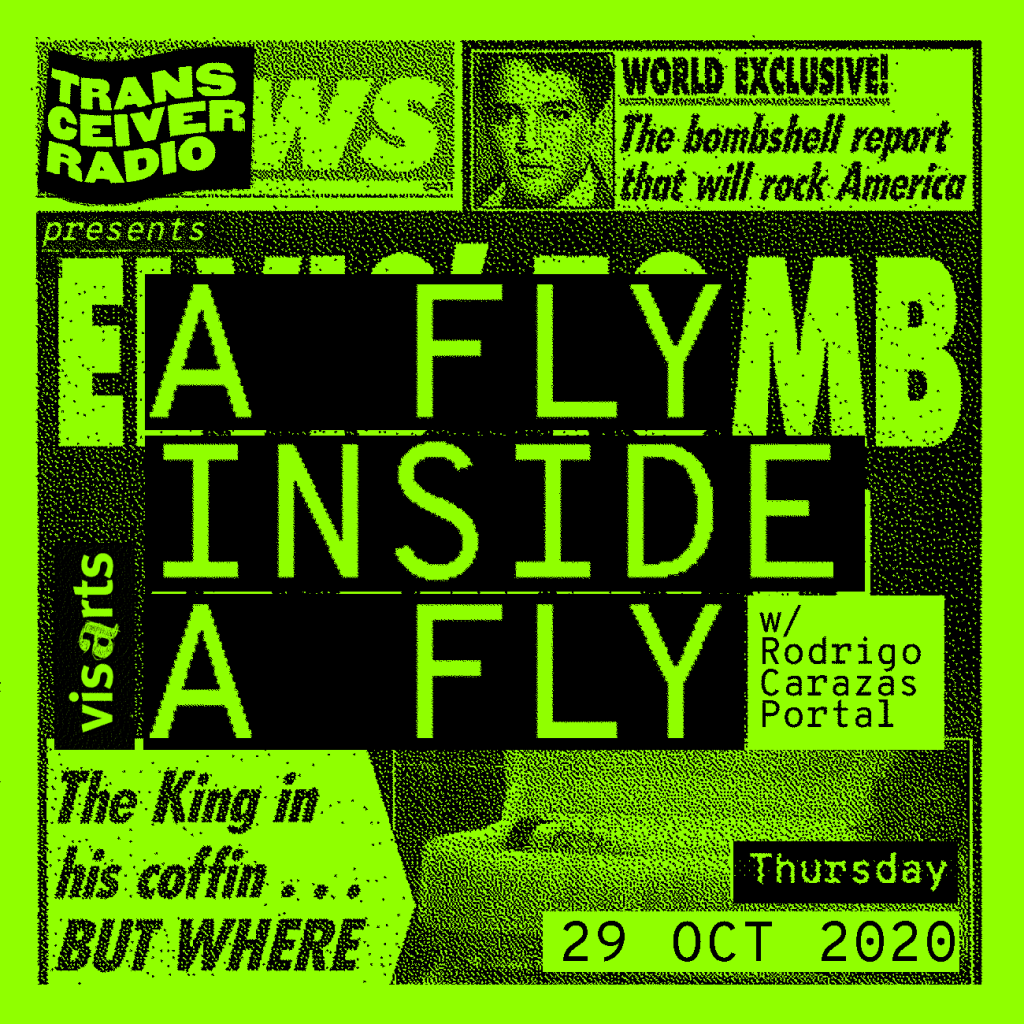 Listen to the Broadcast

VisArts and emerging curator in-residence Joshua Gamma invite you to tune-in this Fall for a series of programs presented by Transceiver Radio. Transceiver Radio — a collaboratively produced experiment in radio as cultural commons—began in 2019 as a curatorial platform and a month-long exhibition at Transformer in Washington, DC. In-tune with our times, Fall 2020 Transceiver Radio programming will all exist socially distanced.

Fall 2020 programming will revolve around four major politically-themed broadcasts—on October 1st and 29th, November 12th, and December 10th—and will be supplemented with impromptu DJ sessions, archival broadcasts, and special guests, throughout the season.

Broadcasts will be streaming LIVE online on the VisArts site & www.transceiverradio.org.

The Transceiver Radio live stream is brought to you by Radio WICV, student-run radio at the Maryland Institute College of Art in Baltimore.

Below is the schedule of events:

Current Movements—a D.C.-based nonprofit with a mission of connecting activists, organizations, and movements around the world using film, art, and technology—proudly presents the debut of their new podcast Insurgent Imagination. Insurgent Imagination examines film and art through a revolutionary lens. Each episode dives into works of radical storytelling—cinema, music, theater, visual art—with activists, artists, and organizers from across the globe, uncovering how art informs movements for collective liberation.

A Fly Inside a Fly is a collaborative radio project ignited by artist-curator Rodrigo Carazas Portal and Transceiver Radio curator Joshua Gamma’s mutual fascination with conspiracy theories. Broadcasting for the first time publicly the week of Halloween 2020, A Fly Inside a Fly takes on the form of a classic radio talk show covering conspiracy theories notable and obscure, questioning their roots and current entanglements with politics and the popular zeitgeist—all to the soundtrack of haunted records from the Atomic Age and Beyond.

What do Elvis, Reptilians, Donald Trump, and 5G internet have in common? Tune-in to Freak-out.

You are invited to participate in Joyful Rage—a Holy, Queer Liturgy from the Deep South led by S.M. Prescott. To be said, prayed, sung, or screamed; kneeling, sitting, standing, or in procession, as you feel led, and as you are able. Leave your hang-ups behind.

In conjunction with the exhibition The Sailing Stones Act, the Current Movements Team will talk with artist Mia Eve Rollow about her work with EDELO (Where The United Nations Used to Be), an artist run project formerly in Chiapas, Mexico (currently nomadic). EDELO centers its practice as an intercultural artist residency of diverse practices and an ever-changing experimental art laboratory and safe house. The work at its core focuses on the lessons and use of art by the EZLN, the Zapatista autonomous indigenous movement in Chiapas that has used art as a main tool to demand immediate and drastic social and economic change as a response to 500 years of invisibility, oppression, and neglect. Rollow’s work centers on intersectionality as a nucleus for engagement around themes of movement; tying together notions of ableism, human displacement and generational traumas, land and human rights, child labor and femicide, autonomy and self-determination.