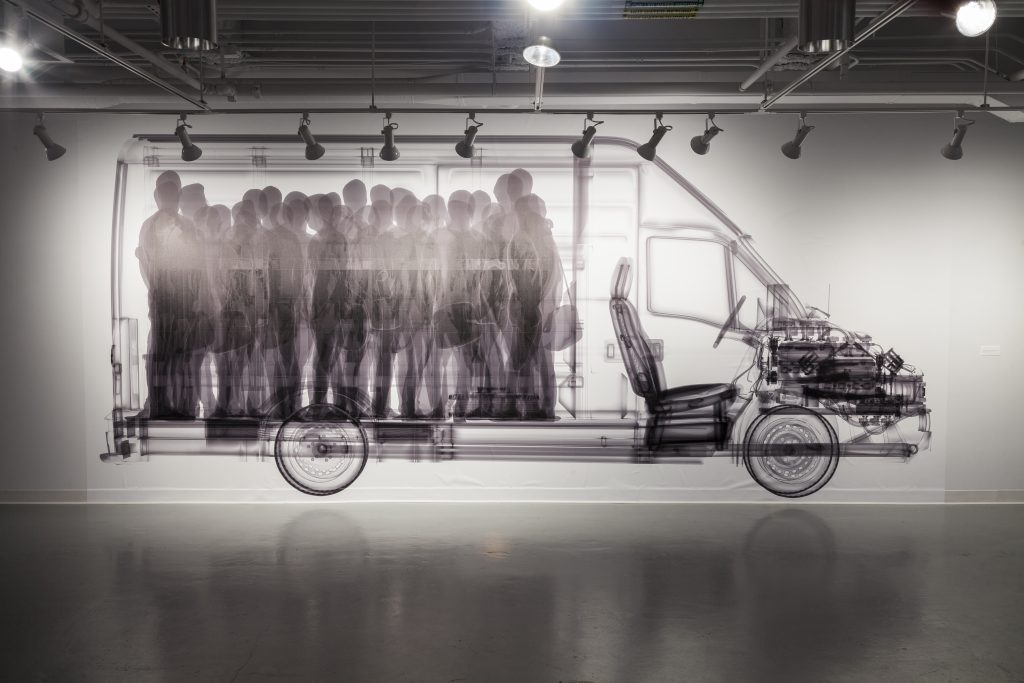 Blazo Kovacevic explores the implications of the loss of privacy in the context of contemporary conditions of migration in the absence of legal status. Implications of X-ray security screening and the notion of threatened personal freedom have turned my focus to human trafficking. In the project titled Incited, Kovacevic explores images and events in which illegal immigrants passing through the Balkans were screened and subjected to pervasive forms of mistreatment. Incited focuses on the body as a conventionally obscure form that is rapidly being rendered transparent. He is addressing the following, closely interwoven elements in this body of work:

• The erosion of privacy—as visible in security inspections, body scans, and X-rays of personal possessions

• Human trafficking—where the body is used in illegal activities of smuggling and perceived as a special commodity that may be transported illegally, though most recently semi-legally, across the state borders without using normal entry points or means of transportation

• The body as a weapon—used for terrorizing civilians for military or political gain in form of suicide bombers etc.

• And finally, the body as a source of pandemic disease threats for humanity at large, particularly in the state of transit.

Blažo Kovačević (b. Podgorica, Montenegro) lives in Binghamton, New York, USA. He earned his B.F.A. in painting from the University of Montenegro in 1997, and his M.F.A. in painting from the Pennsylvania Academy of the Fine Arts in 2000. Incongruous social phenomena are reoccurring themes in his work; he is driven by a fascination with conflict. His work explores contradictory visual elements, and juxtaposes incompatible materials, ideas, behaviors, and technologies. Kovacevic has received numerous awards for his work, and has been interviewed and reviewed in distinguished art publications and media. Kovacevic’s work has been shown in both Europe and the United States in numerous solo and group exhibitions. He is currently associate professor of art and design at Binghamton University (SUNY).