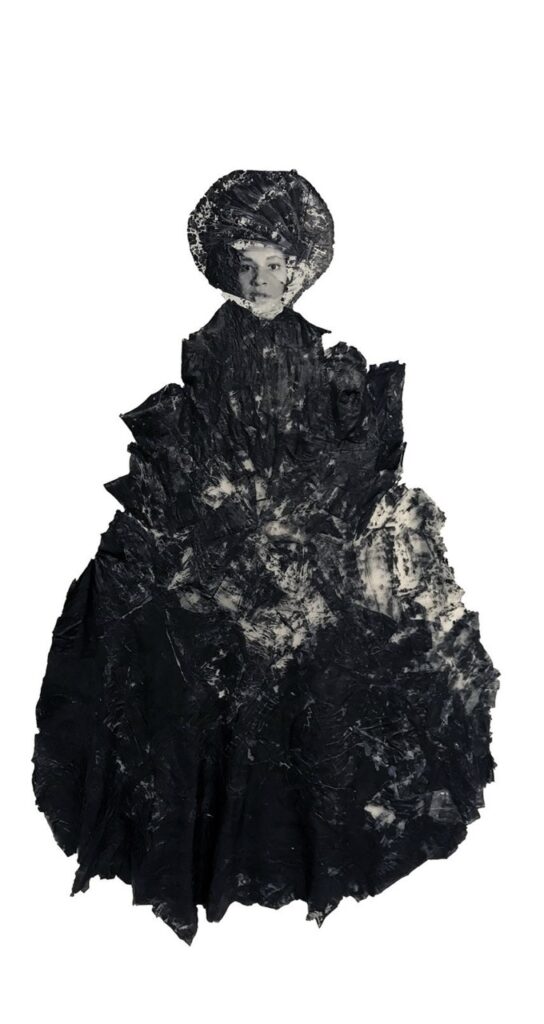 “Making work about The Exhibition of American Negroes in 1900 and social and economic upward mobility of middle class African Americans from 1850-1900 has led me to digging further into the Reconstruction. While researching this period, I came across the Atlanta Washerwoman Strike of 1881, I became fascinated in this movement because it was a specific scenario of a labor campaign which could explain the data in the The Exhibition of American Negroes infographics, for instance, rise or fall in income.

Joining the momentum of labor strikes through the country, starting from a couple hundred to a few thousand, laundresses went on strike – against the city, companies, and individual employers – throughout the city of Atlanta, demanding higher wages and safer working conditions. Due to their success and strength of organizing, they influenced the formation of unions and strikes in other industries.

Created during the stay-at-home order and global protests, entangled with these pieces are a lot of unresolved feelings. The works are inspired by black women in my life, my mother, for instance, and in American history, domestic workers of the 1881 strike who strategized for better working conditions and quality of life.

The pieces on display, sentinels, as they have been thoughtfully called, are entities delineating resilience and wounds to endure during this time. The paper vuvuzelas and video are inspired by protests and collective agency in Johannesburg, South Africa. It is common for workers and students to go on strike against institutions. The sense of urgency moved me. Collective strength was the rule and not the exception.”