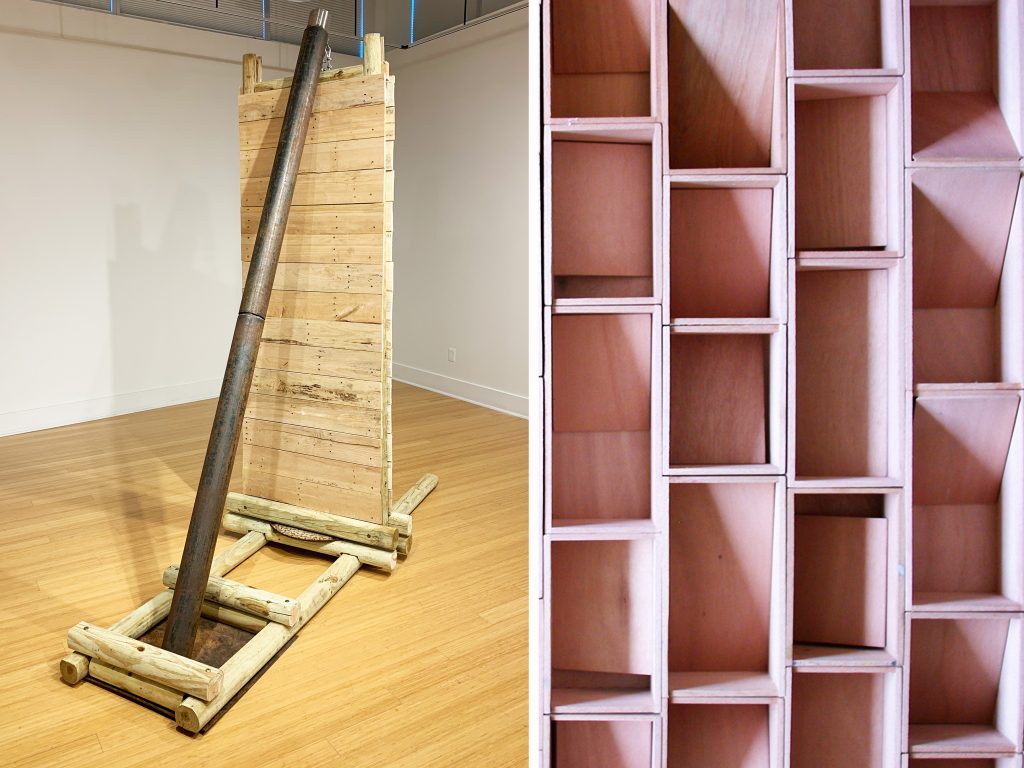 About the 2019 Bresler Resident Artists:

Jack Warner makes enclosures, spaces and objects directly relating to the proportions of the body and its use. He considers how one might move around these places and feel at ease or experience discomfort, relation or alienation: physical and mental discomfort either through the materiality of a heavy object, or the tight confines of erect walls; relation to the size of one’s body; or alienation from the unknown use or coded symbols. Through the framework of the military, the way it is structured, ordered, standardized, and fashioned, his work questions the performance of the body within structured environments.

Warner is a Maryland artist who currently lives in Silver Spring. Born in 1987, Jack grew up surrounded by the art of his grandfather Elwood Cooke, a D.C. native. His interest in art was reinforced during his first two years of college at Salisbury University, however pursuit of an art degree was postponed due to personal and time specific events. Jack joined the United States Marine Corps in January 2008, shortly before the troop surge in Afghanistan. He served on active duty in Jacksonville North Carolina. In 2010 he was deployed to Afghanistan as part of Operation Enduring Freedom. In 2012 he left active duty and returned to Maryland to finish his undergraduate studies in studio art at the University of Maryland, College Park.

Diane Szczepaniak’s abstract paintings and sculptures move away from a human-centered world, into one populated entirely by objects composed of form and space. There, the forms are free of the use value we assign to objects in the world around us. Rather than fulfilling human needs, or even catering to the symbolic or allegorical imagination, these forms exist independently of us, and draw the viewer into their space. They come alive on their own. This way, the forms exist not as potential objects, but as something that can hold and reveal the essence of being. Szczepaniak refers to this as the phenomenon of form.

Szczepaniak has been awarded an Individual Artist Award in Visual Arts: Sculpture from the Maryland State Arts Council, was a finalist for the Trawick Prize and twice a semi-finalist for the Sondheim Prize. She presents annual workshops exploring line, color, and space for Dudley House at Harvard University, as well as being an active board member of the Washington Sculptors Group.