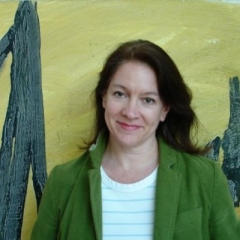 Laura Roulet is an independent curator and writer, specializing in contemporary and Latin American art.  She was one of five international curators chosen for the citywide public art project, 5 x 5, a major initiative sponsored by the D.C. Commission on the Arts and Humanities in 2012. She has organized exhibitions in Mexico, Puerto Rico and the U.S. including at the Art Museum of the Americas, the Mexican Cultural Institute, Artisphere, Hillyer Art Space, Project 4, Fusebox and the DC Art Center. Recent exhibits include the National Drawing Invitational (Arkansas Arts Center, Little Rock, AR), CSA: 40 Years of Community-Sourced Art (Arlington Arts Center, VA), Frances Gallardo: Meteorology (Target Gallery), Sculpting Outside the Lines, an outdoor sculpture exhibit in Foggy Bottom and Medios y ambientes in Mexico City.

Laura’s publications include catalogue essays, encyclopedia entries, articles in American Art, Art Journal, Art Nexus, Sculpture, and the book Contemporary Puerto Rican Installation Art, the Guagua Aerea, the Trojan Horse and the Termite.  She worked on the Ana Mendieta retrospective, organized by the Hirshhorn Museum in 2004, and contributed to that catalogue. 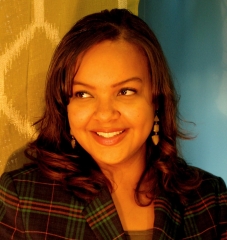 Kayleigh Bryant-Greenwell is a Washington, D.C. based curator, writer, arts manager and arts advocate. A writer for all things art, her work has been featured in The Washington Times, Examiner.com, CBS Local DC online, Brightest Young Things, and Plinth, among others.  In 2014 she outfitted a series of professional development seminars, as well as a residency program for local emerging artists in North Bethesda, in addition to curating five exhibitions throughout the DMV region.  As an independent curator, Kayleigh continues to work with art galleries and centers, with upcoming exhibitions opening in the Mid-Atlantic region, including VisArts and the Stamp Student Union Gallery in Maryland, and CUE Art Foundation in New York City.

Kayleigh has worked with many cultural institutions including the Smithsonian Institution, the Walters Art Museum, the National Archives and the David C. Driskell Center Collection at the University of Maryland, College Park.  Her insights on art and culture have led to cooperative efforts with the D.C. Commission on the Arts and Humanities and the Annual Downtown Hyattsville Arts Festival.  Kayleigh earned her B.A. in Art History from the University of Maryland, College Park and her M.A. in Museum Studies from the George Washington University. She serves as Regional Programs Chair of ArtTable in Washington, DC, as well as serving on the Steering Committees of Emerging Arts Leaders DC .  She is affiliated with Americans for the Arts, Emerging Arts Advocates – an initiative of Maryland Citizens for the Arts in Baltimore, Maryland, and the Young Patrons Committee of Torpedo Art Factory in Alexandria, Virginia.