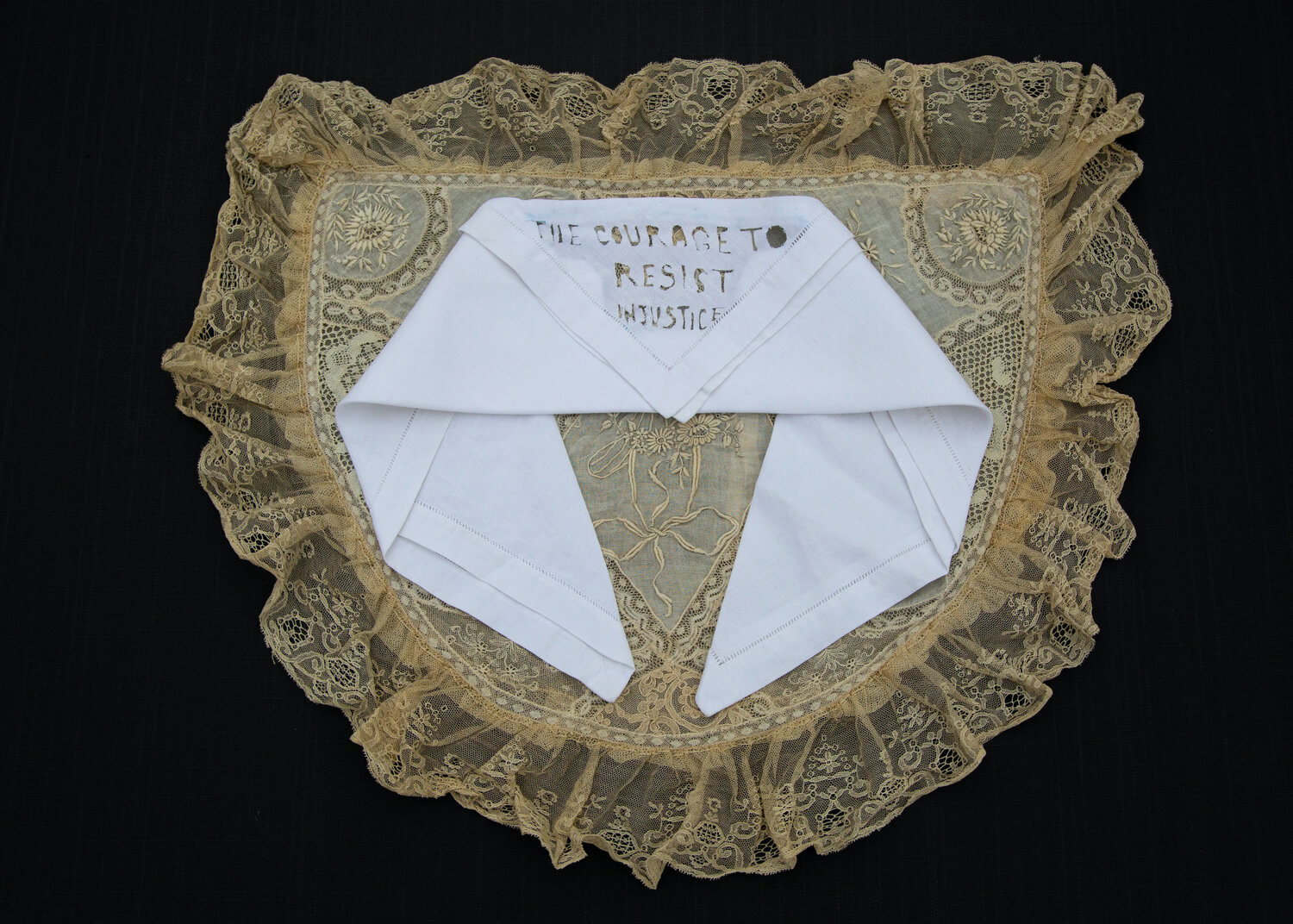 Hannah Brancato (she/her) is an artist and educator based in Baltimore, who is dedicated to mobilizing visual culture to uproot and resist white supremacy and rape culture. Her art practice is grounded in collective storytelling, and the creation of public rituals to bring people’s stories together. Currently, she is documenting the role of art in social justice work through her creative and teaching practice. Brancato is faculty at Maryland Institute College of Art, Towson University and UMBC. Her work has received widespread media coverage, including Afterimage, Ms Magazine, Voice of America, Bmore Art, the Washington Post, MSNBC, Surface Design Journal, and Fast Company. She will be Montgomery College’s Fall 2021 Artist in Residence.

Hannah is co-founder of the survivor led collective FORCE: Upsetting Rape Culture, and was part of the collective until 2020. FORCE produced creative interventions to disrupt rape culture and build a culture of consent, and was nationally known for producing large-scale public art campaigns, including the Monument Quilt. Hannah was a 2015 OSI-Baltimore Community Fellow to launch FORCE’s Baltimore based survivor collective, Gather Together and as part of FORCE, is the recipient of the 2016 Sondheim Artscape Prize. Hannah began to acknowledge her own experience as a survivor in 2008, while working with survivors of domestic and sexual violence at House Of Ruth Maryland and establishing Advocate Through Art, an awareness campaign by and for domestic violence survivors. 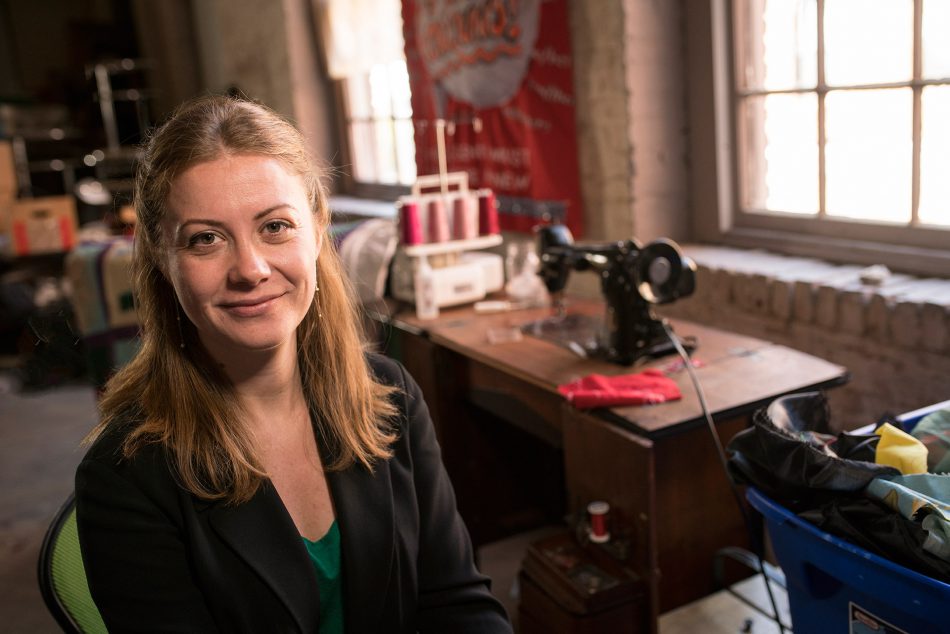 October 8 – October 24
The Kaplan Gallery will be open
Monday to Saturday: 12 noon to 4:00pm
Sunday: Closed