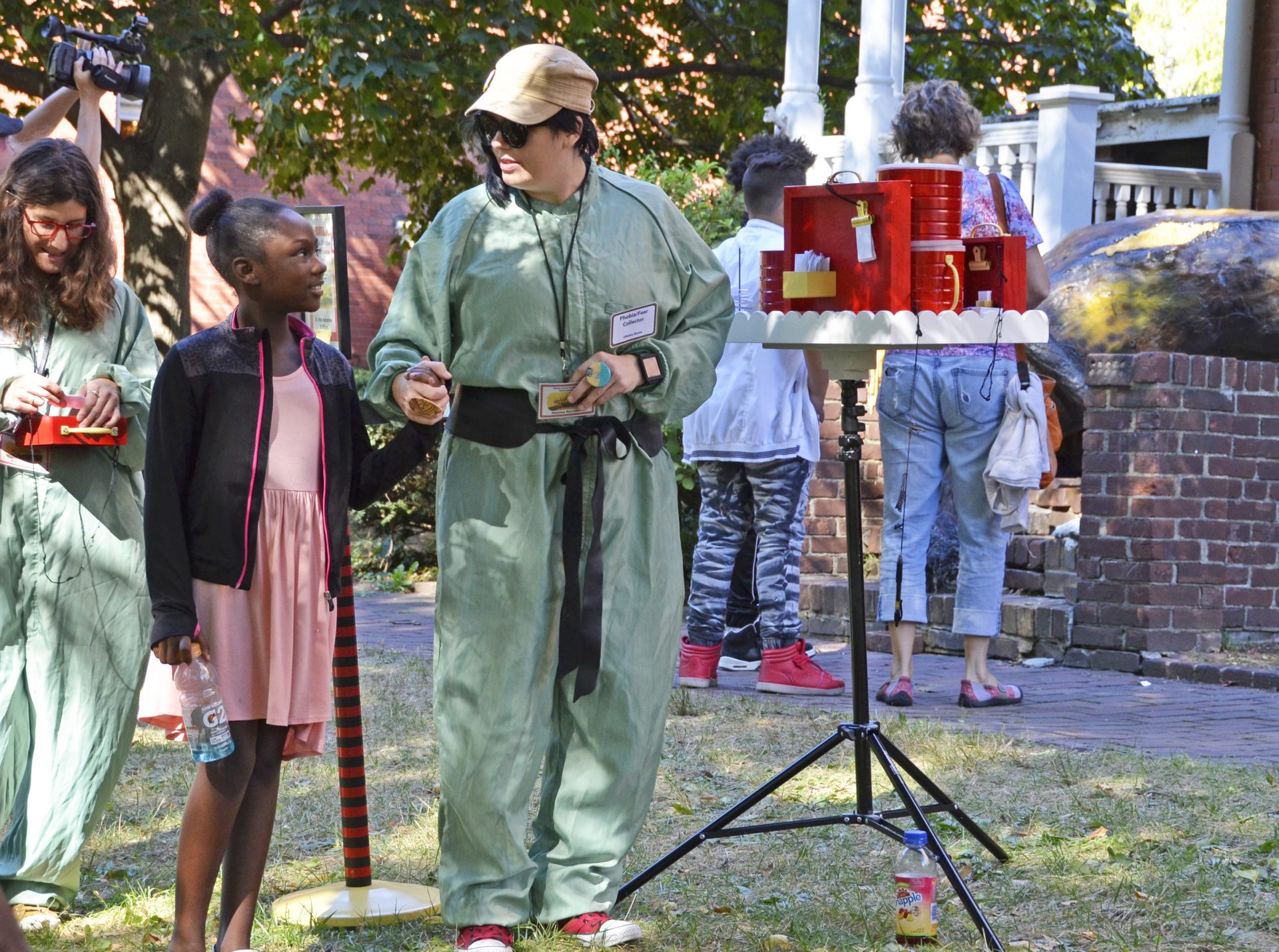 Heloisa Escudero grew up in São Paulo, Brazil, but relocated to the United States in 1987, where her interest in Fine Arts developed. She obtained a Bachelor of Fine Arts from the Massachusetts College of Art and a Master of Fine Arts from the San Francisco Art Institute. She holds American, Italian and Brazilian citizenships. She is interested in conceptually based art that is both tactile and interactive. Her most recent art projects focus on art that emphasizes the participation of the viewer. In 2007 she moved to Sweden where she worked as a full-time artist, creating four successful projects and exhibiting in Sweden as well as in Spain. During this time she built the first three BackPack Gallery Sculpture Units, starting the BackPack Gallery Project. In 2010, she relocated to New York City, where she collaborated with DJ Spooky (Paul D. Miller) in the project Terra Nova: Sinfonia Antarctica. This collaboration was exhibited at the New York Photo Festival 2012. One of her exhibition was held at the popular urban park, The Highline. In the beginning of 2013 Heloisa has set up her studio in Arlington, Virginia, where she is working on collaborating with DC area artists in several projects.

When Heloisa Escudero is not in her studio making art she is working at the Hirshhorn Museum as an Exhibit Specialist. In 2013 she had her first DC area exhibition in Rosslyn as part of the Supernova Pink Line Festival. The BackPack Gallery Project was also part of the recent Dumbo Arts Festival 2014 and the Governors Island Art Fair 2014, both in New York City. In January 2014 Heloisa premiered her new performance “Everyone Is a VIP” at the SOMArts Gallery in San Francisco. She was part of the annual performance festival “100 Performances For The Hole.” Heloisa was one of the few selected artists who were awarded a commission to perform. Escudero has just received a “Special Opportunity Grant 2014” form the City of Alexandria to perform a collaborative exhibition with artists in the DC Area. She has also been selected as a Fall Solo 2014 artist at the Arlington Art Center.

State Of Mind is a project focused on creating a non-nonsensical world with actions that are erratic and at the same time carry a certain order to represent the dysfunctional cognition of a person with an irrational fear. The goal of the project is to produce new videos with the State Of Mind Project as the basis for experimentation and create an on going exhibition by projecting recent videos on the windows of my studio. This will be accomplished through collaboration in the creation of new videos and sounds with guest visitors and the community. Using mini projectors attached to the body, participants will create a video projected on the hands and forehead of viewers.

About the Fleur and Charles Bresler Residency: In honor of VisArts patrons, Fleur and Charles Bresler, VisArts invites applications and proposals from local, national, and international artists for a four month residency at VisArts at Rockville. This residency provides a unique opportunity for a dynamic individual artist or collaborative artist team to create a new body of work, evolve an existing body of work, or develop a project in a stimulating, supportive environment. Studio space is provided free of charge. The residency encourages interaction, dialogue and exploration both within the VisArts artist community and the larger Rockville community as well. The residency offers the gift of time and space to three artists and/or collaborative artist teams each year to experiment and realize new work. The current Bresler Resident Artists present their work in a solo exhibition at VisArts.