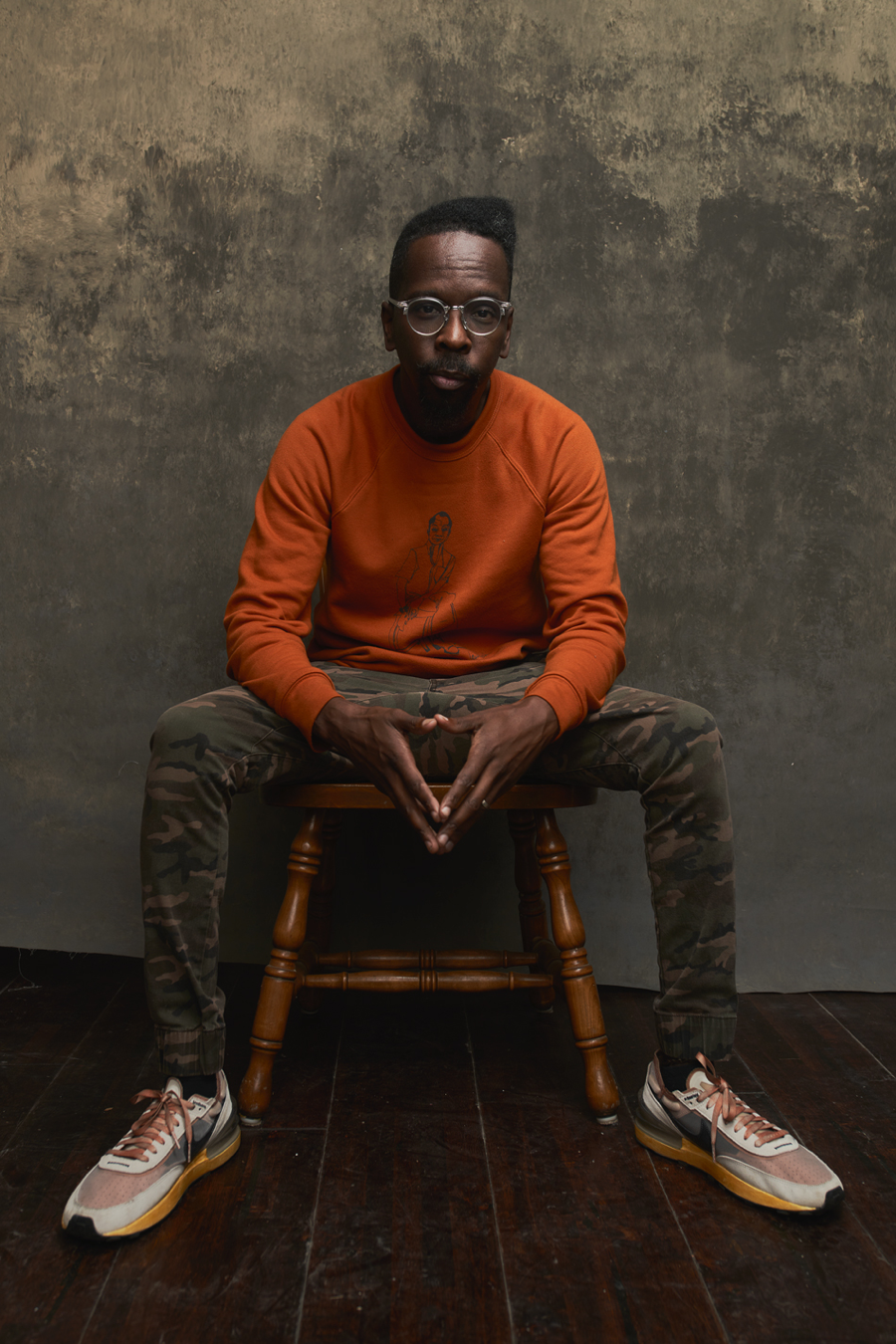 Dr. Fahamu Pecou received his BFA at the Atlanta College of Art in 1997 and a Ph.D. from Emory University in 2018. Dr. Pecou exhibits his art worldwide in addition to lectures and speaking engagements at colleges and universities.

In 2020, Pecou was one of 6 artists selected for Emory University’s groundbreaking Arts & Social Justice Fellowship. Additionally, Pecou was the Georgia awardee for the 2020 South Arts Prize. In 2017 he was the subject of a retrospective exhibition “Miroirs de l’Homme” in Paris, France. A recipient of the 2016 Joan Mitchell Foundation “Painters and Sculptors” Award, his work also appears in several films and television shows including; HBO’s Between the World and Me, Blackish, and The Chi. Pecou’s work has also been featured on numerous publications including Atlanta Magazine, Hanif Abdurraqib’s poetry collection, A Fortune for Your Disaster and the award-winning collection of short stories by Rion Amilcar Scott, The World Doesn’t Require You.