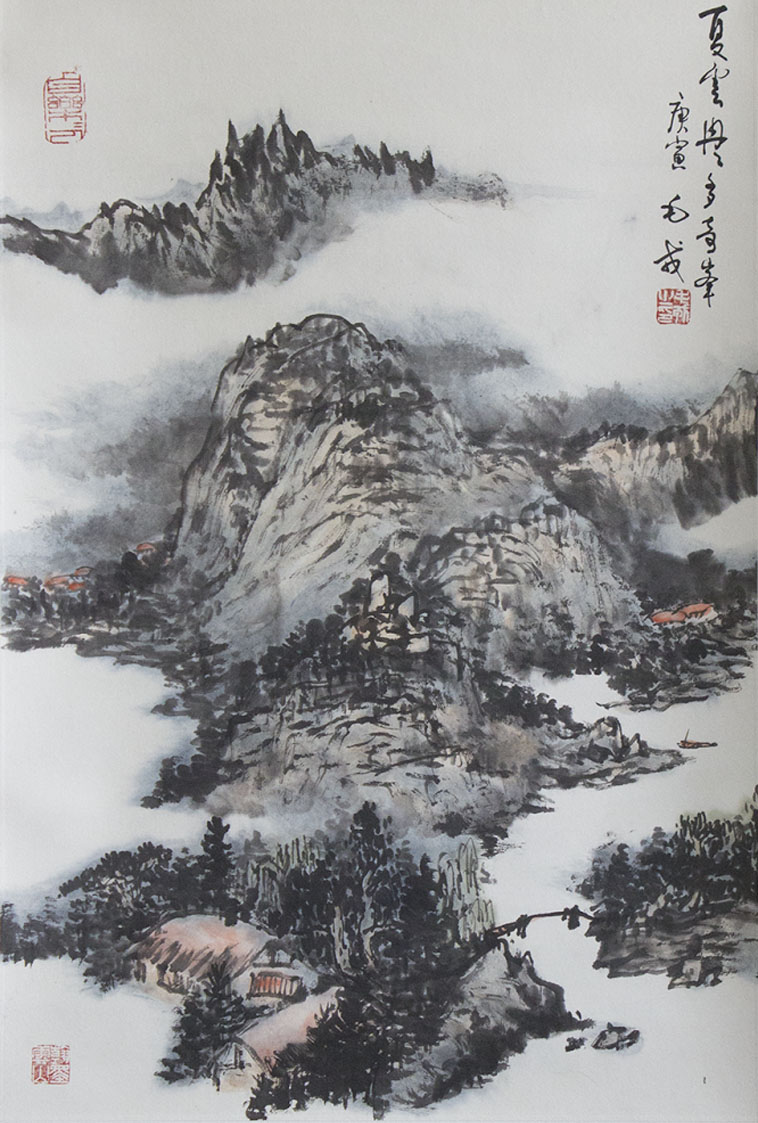 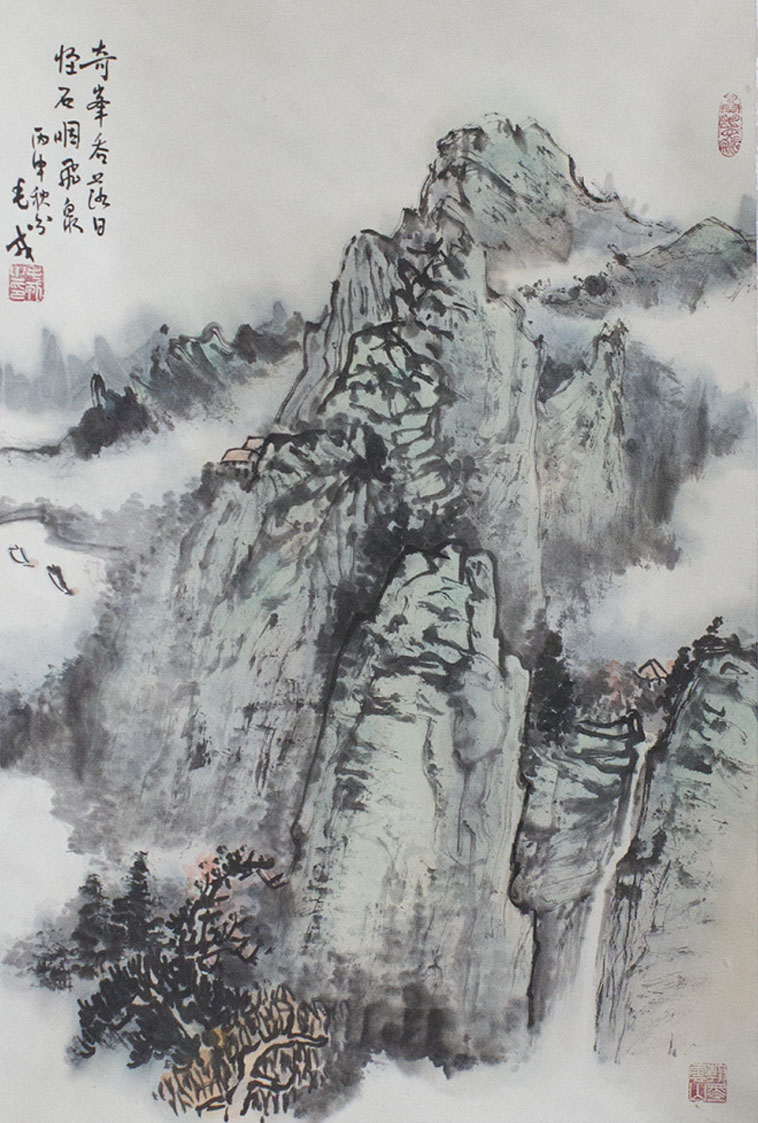 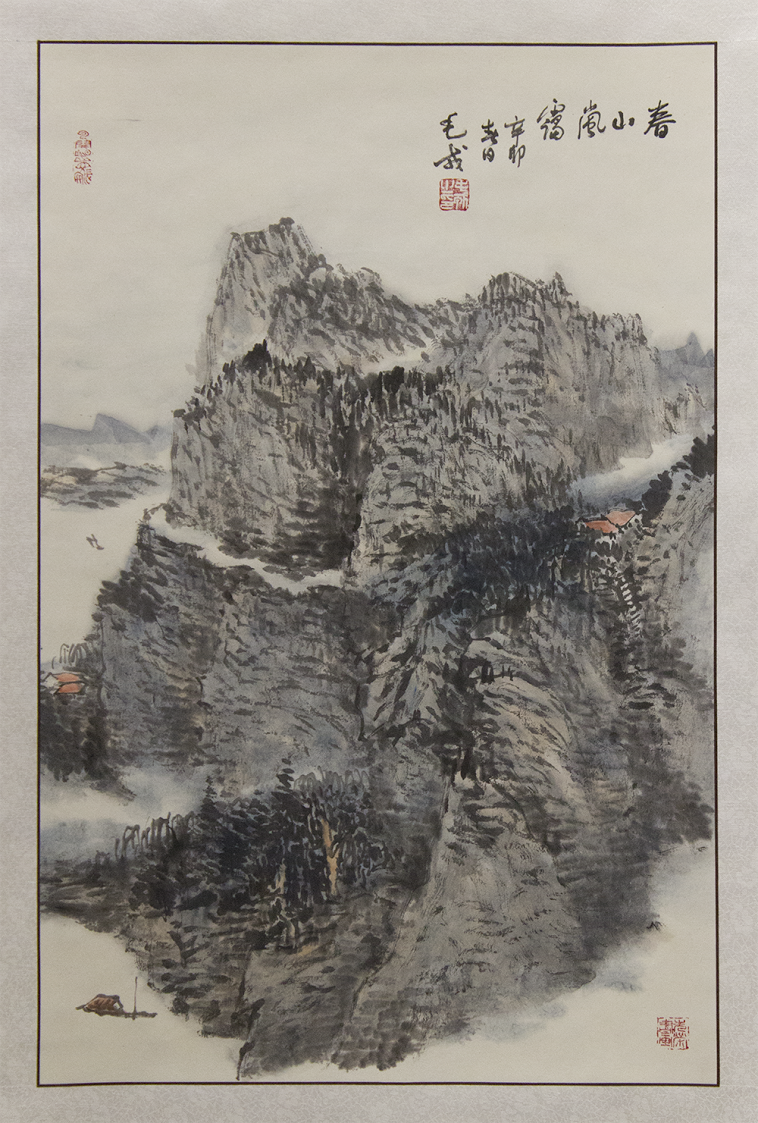 Born in the Jiangsu province of China, Bertrand Mao has studied and practiced Chinese calligraphy and painting for over sixty years. His work consists of the traditional Chinese art forms of Shan-Shui painting, Chinese calligraphy, and the Four Gentlemen of Chinese brush painting – the plum blossom, chrysanthemum, bamboo, and orchid.  Shan-Shui, more commonly understood in the western world as Chinese Landscape painting, is the highest form of Chinese painting. The literal translation of Shan-Shui is “Mountain and Water”.

Bertrand Mao’s paintings express a poetic state of mind.  He often finishes a painting by adding a poem or verse reflecting his mood and thoughts at the time.  His paintings are created in the traditional manner by applying Chinese black ink on rice paper with a brush, and adding some light blue and rock red pigments for color. Bertrand Mao’s extensive training in Chinese calligraphy has helped to make him a master of the brush, with the ability to freely and elegantly create lines so that the brushstrokes in his paintings have the feel and rhythm of music and dance.  As Bertrand Mao says, “It is almost without exception that an outstanding Chinese painter must be, at the same time, an excellent Chinese calligrapher.”

Bertrand Mao has exhibited his artwork in numerous solo and group exhibitions in the United States, Taiwan, India, China, and Russia. He has demonstrated and lectured on Chinese calligraphy and painting at universities, libraries, art centers, and government institutions, including the Sackler Museum and the National Gallery of Art in Washington, DC.  In addition to private collections, his artwork is on permanent display at the Potomac Public Library in Potomac, Maryland, in the art collection of the Gaithersburg Public Library in Gaithersburg, Maryland, and the art collections of the Chinese Television Corporation and the Pacific Cultural Foundation in Taipei, Taiwan. One of Bertrand Mao’s paintings also appears in the 2001 edition of the “Catalog of Paintings by Chinese American Artists,” a juried collection published by Homa and Sekey Books, Dumont, NJ.

In 2002, Mr. Mao was commissioned to paint a 210-foot long interpretative mural of the Great Wall of China.  This piece is displayed annually in the atrium of Lakeforest Mall in Gaithersburg, Maryland during their annual 2 week celebration of the Asian Lunar New Year.  In 2004, his work was selected by the United States Department of State to be included in the ART in the Embassies Program, which exhibits artwork in US embassies abroad.