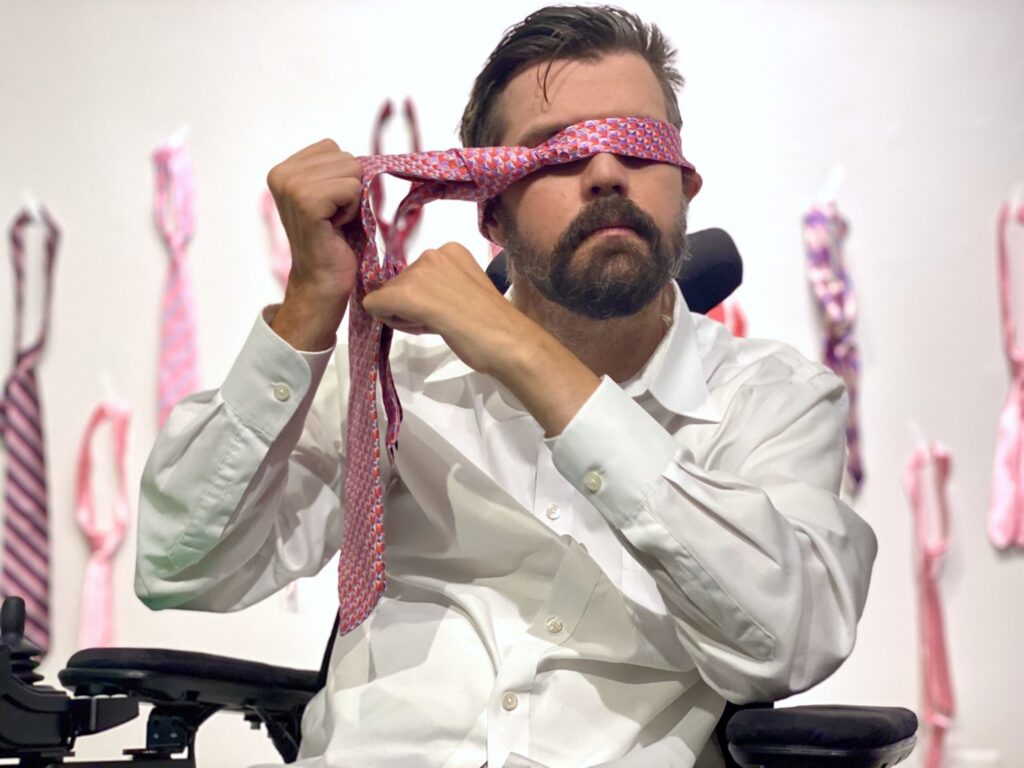 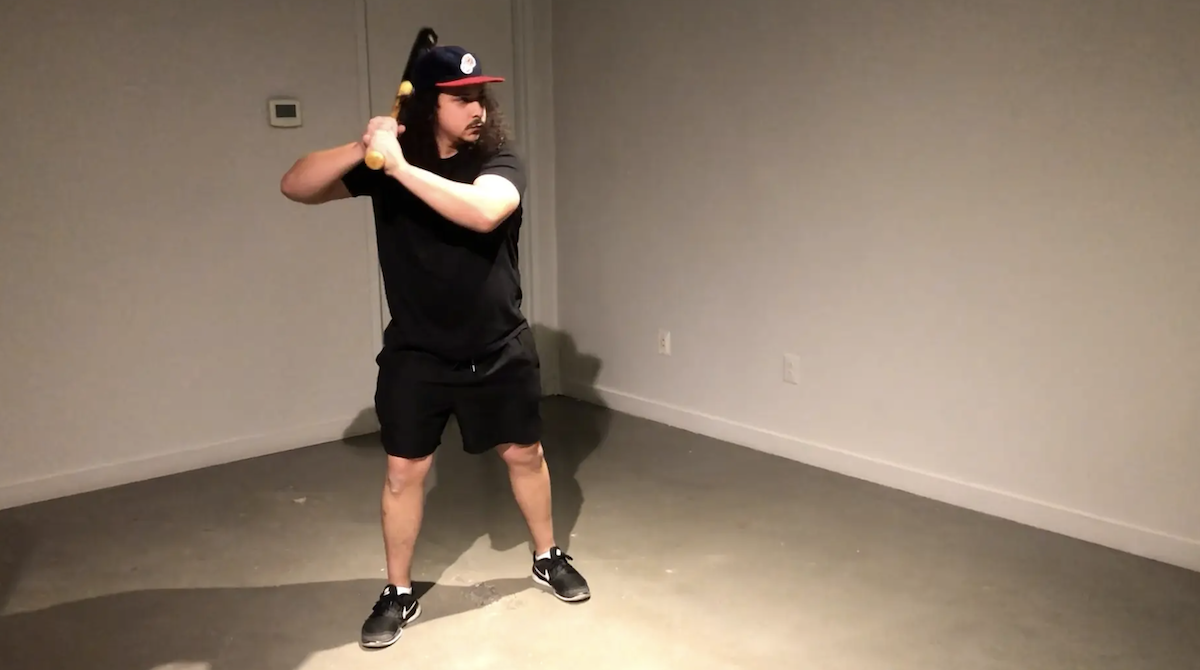 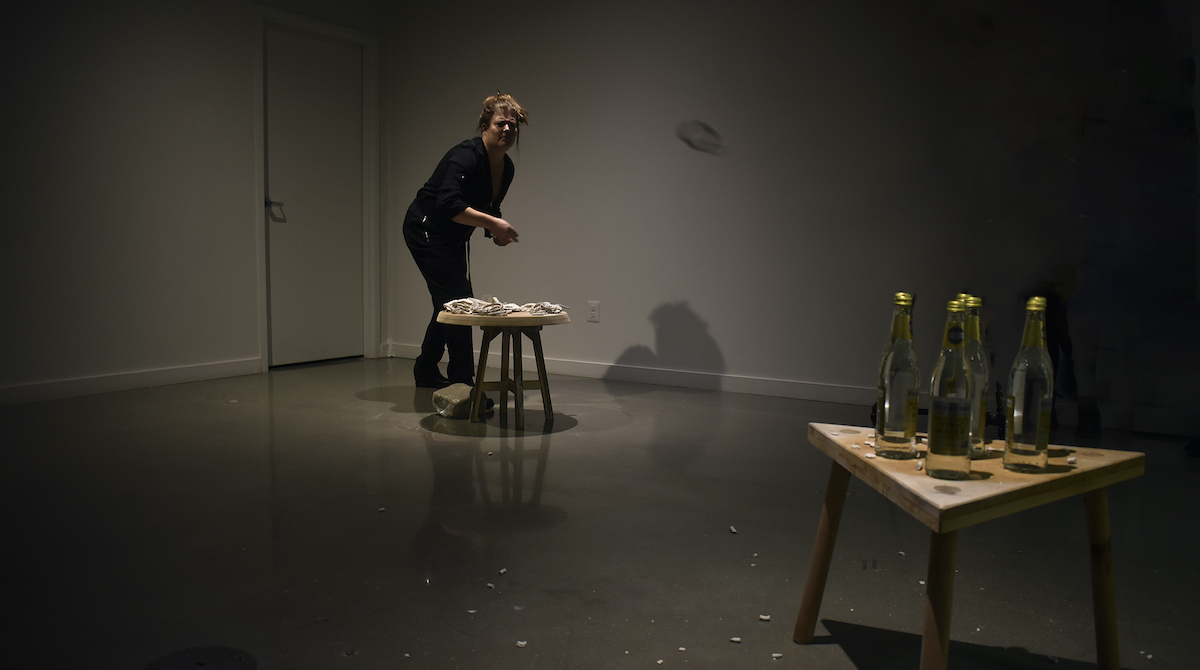 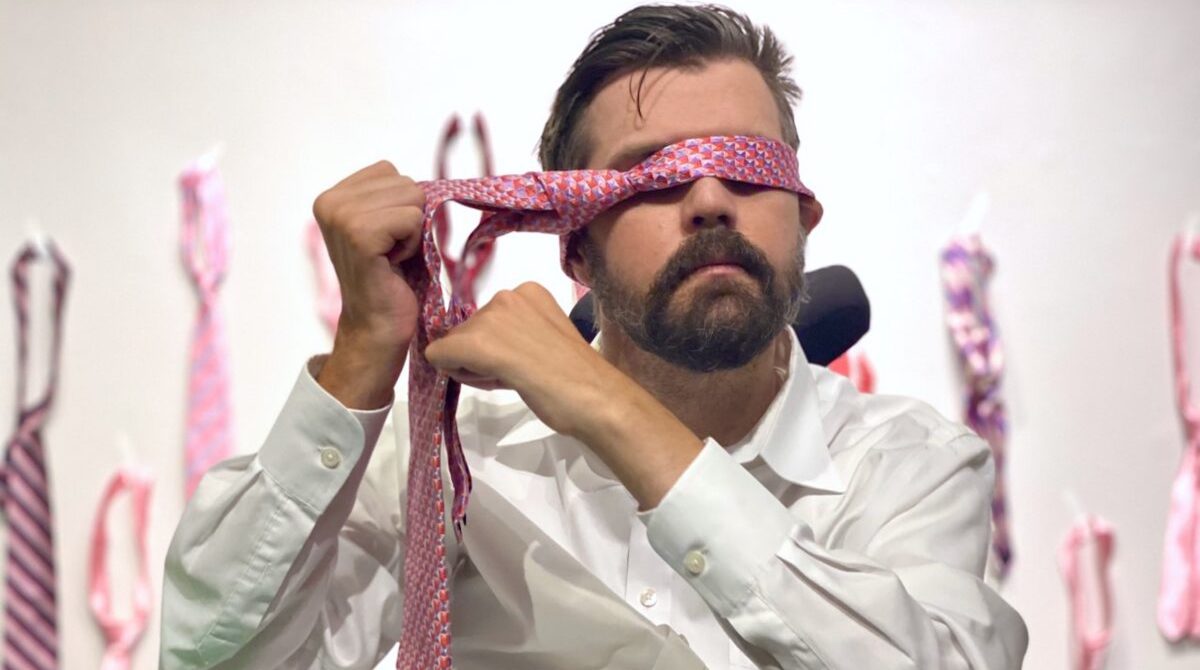 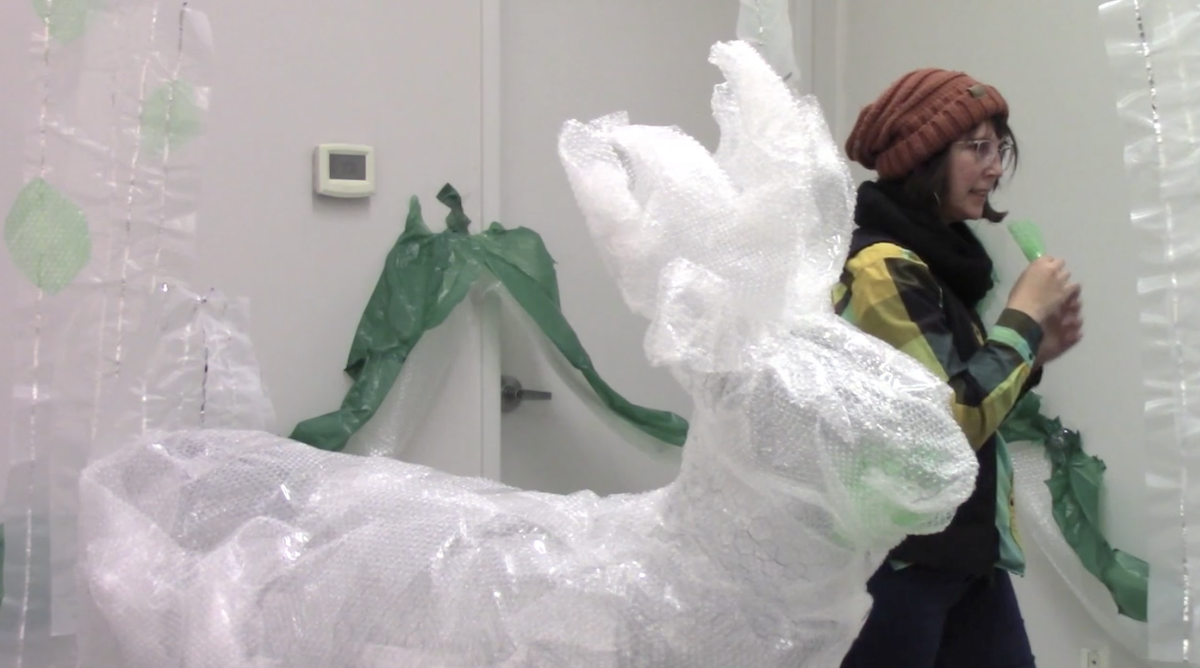 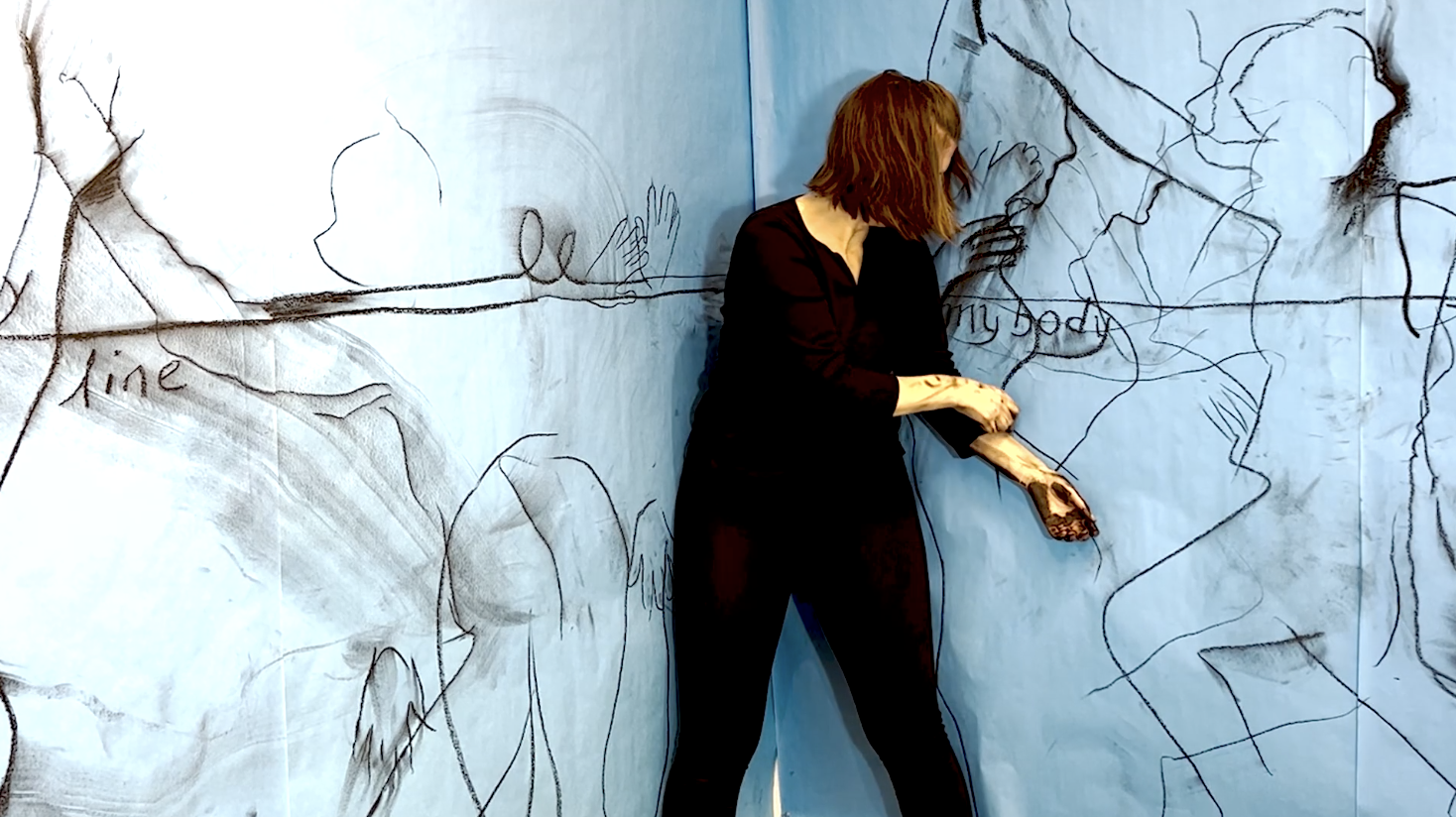 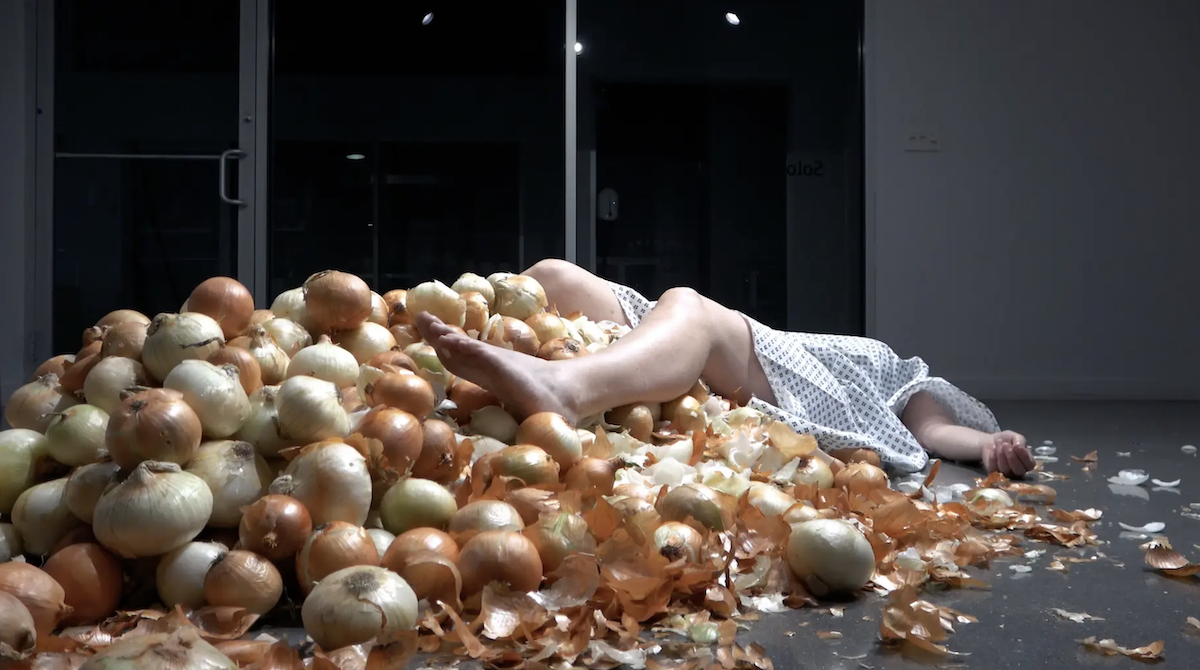 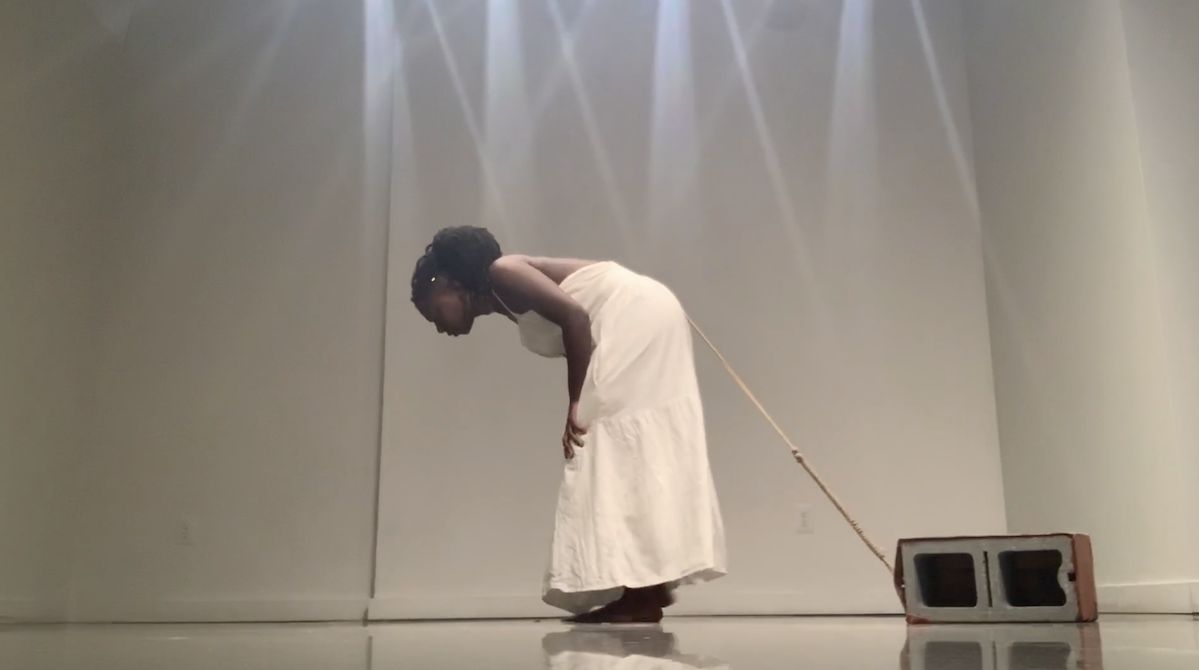 Solo Lab 5 is a performance art festival and mini residency program, where participating artists get a total of five minutes to present a performance piece. Solo Lab 5 is an experimental platform for artists of different mediums who would like to translate their work into performance art, or for already established performance artists, it provides a forum for exploration of future ideas in performance art and/or an opportunity to investigate how to communicate concepts to your audience in a short amount of time. Solo Lab 5  will consist of two separate events. The first event will be during the VisArts onsite reception on November 5th. The second will be a reception and screening on December 17th, of work created by all the resident artists who were selected to be part of the exhibition.

Selected artists will have the opportunity to participate in a mini-residency, with the use of the Common Ground gallery as a studio and performance space for 5 days. These artists will share a video recording of their performances at the reception on December 17, where they will also have an opportunity to talk about their work. All mediums are welcome, but at the end of the mini-residency your transformed space must be of a performative nature. Groups of two artists (for example a painter and a performance artist) can work together in a collaborative manner. Both the space as well as the performance will work as one cohesive project. This event will give performance artists a chance to have their own solo show in a gallery environment where the walls are not shared with other visual artists.

My work is about embodiment—what it feels like and what it means to be in a body.  I am a figurative artist, I work with paint, drawing and performance. My work explores bodies in terms of movement (time and space), individuality, and community. What we are in one moment is different, and the same, from moment to moment. We are multitudes and we are one.

Yacine Tilala Fall is an interdisciplinary conceptual artist currently based in Washington D.C.. She received a BFA from the Corcoran School of the Arts and Design. Inspired by her Senegalese and Mauritanian heritage, her work and practice speaks to the human body and its entangled relationship with the environment, labor, history, and faith. Using natural materials she investigates concepts of self, ritual, and function through performance, sculpture, painting and installation.

Born and raised in Katy, Texas, a dedication and enthusiasm for the arts extends as far back as I can recall. My sincere devotion to drawing and painting is paralleled only by my interest in science, biology, and philosophy. However, in 2003, after one year of undergraduate work at The University of Texas at Austin, I broke my C5-C6 vertebrae in a diving accident, suffered a spinal cord injury and thus became paralyzed from the chest down. After a year of recovery and rehabilitation, it became apparent I would not regain use of my legs, abdomen or hands. Even though, the life I knew had changed forever, it did not sway me from pursuing my goals for the future. If nothing else, I decided I was going to spend the rest of my life intensely engaged with my first passion, Art. Therefore I returned to The University of Texas, and later completed both my BA and BFA in studio art. Currently, alongside my own studio practice, I teach underserved groups in the Houston Area in hopes to use art as a expressive healing tool.

Concentrated mainly within a three-dimensional realm, Virginia Warwick’s practice juxtaposes playfulness, humor and earnest themes of nature. Virginia explores the ways that either art objects or bodies as performance take up space.

I use the body as a foundation for measuring the repercussions of trauma and intellectual exploration of its residual effects.  The calculations I use, such as weight, length, and time passage, connect the internal monologue to physical actions or more specifically, how that inner negotiation of our traumas dictate our outward behavior.  It is important to me that it is known that I am not interested in re-performing traumatic events nor exploiting victimhood.

My work focuses on the fertile space between polarities. For this performance I am drawn to the the absurdity found between carnival games and futility. I propose a five minute performance in which I create my own milk bottle toss. I lived in England in the 80’s so milk bottle delivery is a part of my history and clay is my primary medium.

Finding a bucket of curveballs was easy once the keys to the batter’s box were found.

Imagination is such a fun game. What is known as a classic baseball prank is presented as innocent fun. Separating from the cruel, toxic, and corrupting acts that can become pranking.

Rodriguez as a child played Little League baseball, and on one of his teams he enjoyed doing warm up before a game without a baseball. The fun was in each players creativity in the use of their own imagination which created each individual and combined scenario. For example, ball is hit to shortstop while a runner is on first and the shortstop turns two to end the inning. The team wins. This fantasy warm up was a strategy to sike out the other team in a sense. Yet the truth is there is always a chance for each player to make an amazing catch or throw, though it takes practice. In baseball hitters move the runners to put the numbers on the board. A player is in constant pursuit of perfecting ones swing to make hits. That drive motivates a baseball player and makes for a very determined individual. With a touch of humor and a dash of imagination this baseball player practicing their swing is sure to make a hit during the next game.

About the curator:
Heloisa Escudero grew up in São Paulo, Brazil, but relocated to the United States in 1987. She obtained a Bachelor of Fine Arts from the Massachusetts College of Art and a Master of Fine Arts from the San Francisco Art Institute. She holds American, Italian and Brazilian citizenship. She is interested in conceptually based art that is both tactile and interactive. Her most recent art projects focus on art that emphasizes the participation of the viewer. Her work, performances and collaborations have appeared in numerous national and international exhibitions, as well as performance festivals including the Highline Park, New York City; SOMArts Gallery, San Francisco; Supernova Pink Line Festival, Rosslyn, Virginia; Dumbo Arts Festival and Governors Island Art Fair in New York City; Arlington Art Center, Arlington, Virginia. She is the creator of the BackPack Gallery Project, and she collaborated with DJ Spooky (Paul D. Miller) in the project Terra Nova: Sinfonia Antarctica. She is an Exhibit Specialist at the Hirshhorn Museum in Washington, D.C.