Pat Alexander: Even the Stars 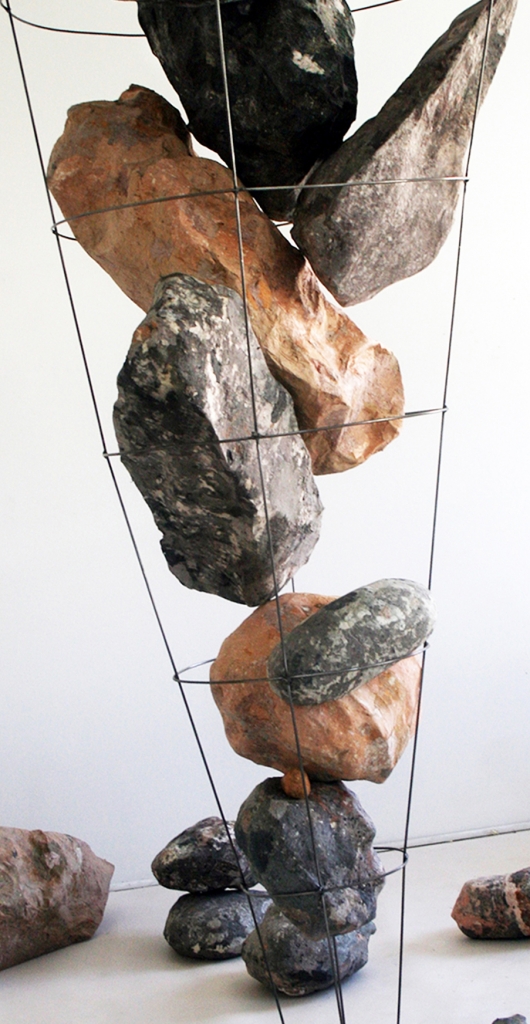 of the natural world.

Her paintings, installations and drawings have been exhibited widely in the U.S.A. as

well as Japan and Germany.  She has just completed a major sculptural installation

for Dear Mother, a multi-media collaboration with New York composer Angel Lam and

Bartlett and Peabody Dance in 2008.  Scaling the Walls, a multi-media collaboration with

choreographer Joyce Morgenroth and writer/musician Ann McCutchan was performed at

the Schwartz Center for the Performing Arts, Cornell University, Ithaca, New York in 2001.

Institute College of Art during Blurred Edges, the American Independent Colleges of Art

and Design Conference on the Interdisciplinary in 2004.

Administration.  Her work has been supported by international and national residencies.

Virginia, Florida and Georgia.  She has received numerous foundation awards including

Artist’s Residency Grant and a NEA Regional Visual Arts Fellowship. Since 1993, she has

been a Professor of Fine Arts at the Maryland Institute College of Art, where she was

Ms. Alexander lives and works in a studio in downtown Baltimore.