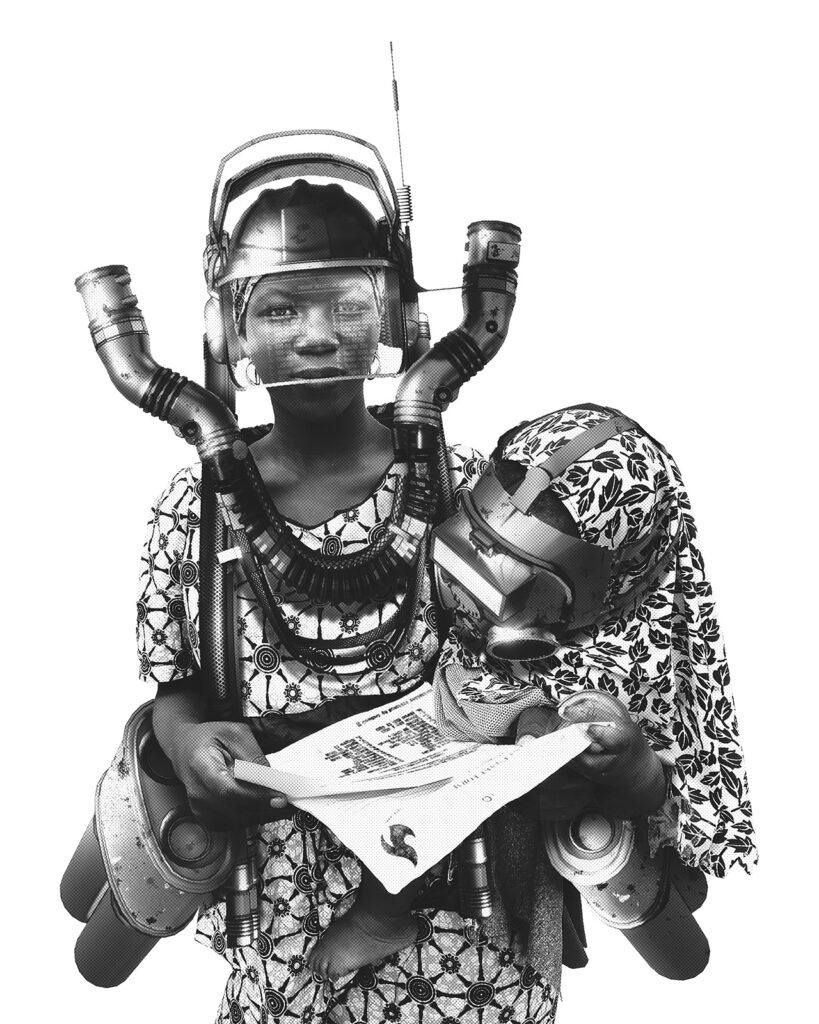 RSVP to the event

“My artwork is strongly rooted in “borrowed and invented narratives”. More often than not these narratives explore comprehensive constructions of urban Utopias/ Dystopias that deal with the interstices of architecture, emerging technologies, and culture; anchoring them with a direct relevance to contemporary social issues in ways that communicate their participation in, and alienation from the larger world.

As a Nigerian-born, U.S. citizen, my formative years were marked by constantly moving and perpetually adapting to new places, and my work often responds to either the anxiety or potential of these spaces, and how one navigates, maps, and perceives them.

As a means of articulating these narratives, my creative process regularly combines digital illustration and 3D computer modeling with photographs, hand-drawing, and collage, in order to produce detailed yet whimsical illustrations, photo-montages, 360° VR experiences, adaptable and mobile architectural sculptures and large-scale public installations steeped in an eco-political ideology and activism that examines architecture and its relationship to place and community.”

OLALEKAN JEYIFOUS (b.1977) is a Brooklyn-based visual artist who has exhibited at venues such as the Studio Museum in Harlem, the MoMA, and the Guggenheim Bilbao. He is a New York Foundation of the Arts Fellow, and has received grants from the New York State Council and the Brooklyn Arts Council. He has recently completed artist residencies with the Drawing Center’s Open Sessions program, and the Rockefeller Foundation’s Bellagio Center. In addition to his extensive exhibition history, he has spent over a decade creating large-scale installations for a variety of public spaces.