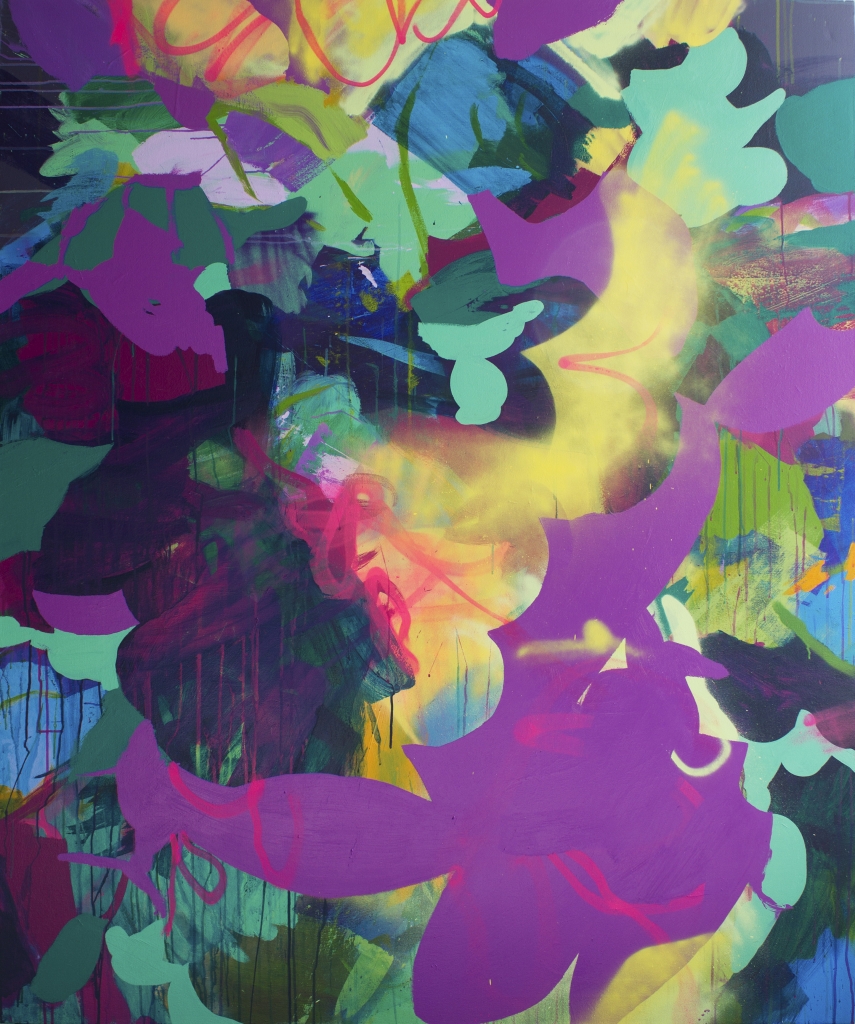 First Cut is a series of works exploring collage as both medium and metaphor. It refers to the latent potentiality in painting; the earliest stages of process where nothing is static or fixed, and the sense of anticipation surrounding those initial marks or cuts.

First Cut also refers to the part of the process in film editing that establishes the structure and flow of a narrative, where the scenes are roughly organized though open to change.

The works also aim to draw parallels between animation and abstraction—which both simplify, exaggerate, and select from reality—while further emphasizing painting’s unique and defining relationship between surface and space.

They include moments of punctuation, sometimes comically loud or abrupt, colliding colors and shapes, and depict a world of continuous convergence, dissipating boundaries, and a celebration of paradox.

About the Artist: Nicole Mueller (b. 1989) currently lives and works in Baltimore, Maryland as an artist and painter. She has been an artist in residence at the Vermont Studio Center in Johnson, Vermont, Proyecto ‘ace in Buenos Aires, Argentina, and at Creative Paradox in Annapolis, Maryland. Her work has been exhibited in Maryland and New York. She received her B.F.A. from the Maryland Institute College of Art, where she studied painting and illustration.