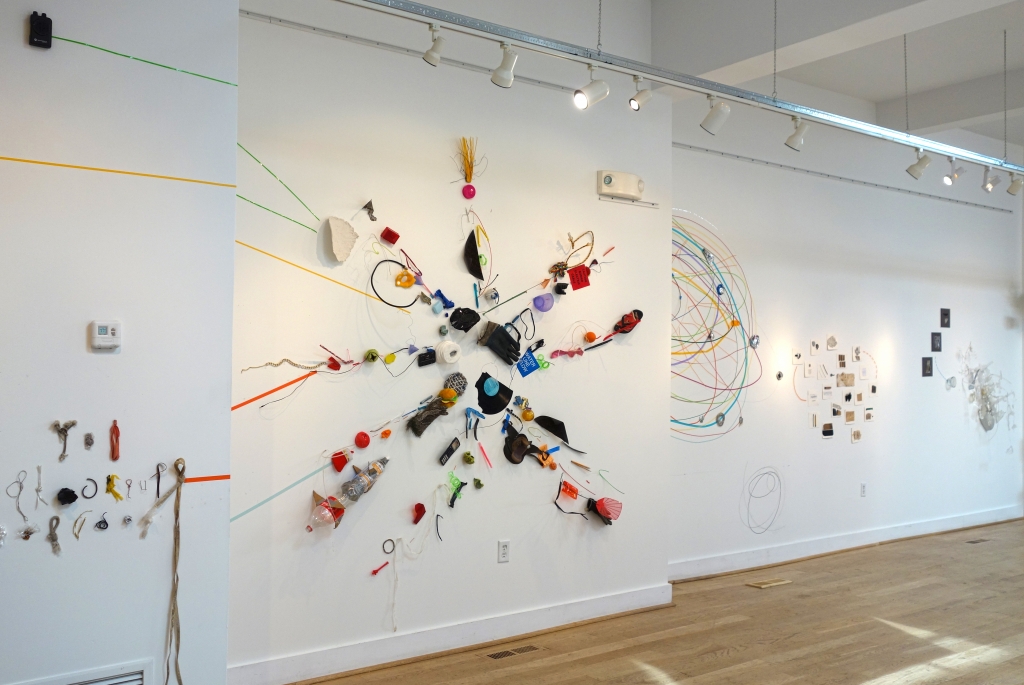 About the Artist: Heather Harvey was born in Syracuse, New York. Her work is included in public and private collections, and she regularly exhibits around the country including venues such as The Painting Center in New York City, Delaware Center for Contemporary Arts, in Wilminton, Delaware, NUTUREart in Brooklyn, NY, the Anderson Gallery in Richmond, VA, Denise Bibro in New York City, the McLean Project for the Arts in McLean, VA, Vanderbuilt University in Nashville, TN, Page Bond Gallery, Richmond, VA, Hunt Gallery in Staunton, VA, McKinney Avenue Contemporary in Dallas, TX, the William King Museum in Abingdon, VA, PLAYsPACE in San Francisco, CA, and the Claremont Graduate University Gallery in Los Angeles, CA. Harvey has received several awards including the Virginia Museum of Fine Arts Professional Artist Fellowship 2009-2010 and was a fellow at the Virginia Center for Creative Arts in 2003. In addition, Harvey is an art critic for publications including Art Papers, Sculpture Magazine, and NYArts. She is assistant professor of art and coordinator of the studio program at Washington College in Chestertown, MD. www.heather-harvey.net