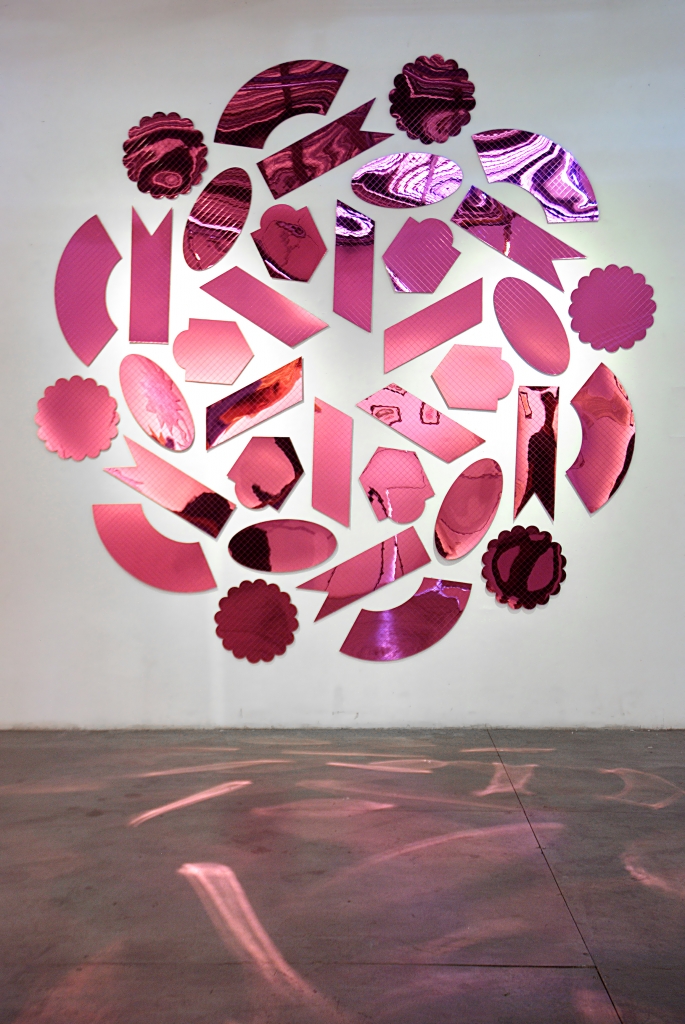 A combination of sculpture and installation, Amelia Toelke’s work lies at the interstice of the two-dimensional and the three-dimensional, and hovers between object and image, the real and the representative. Using architectural ornament, signage, symbols, pattern, and decoration borrowed from a wide variety of sources from early Americana to emojis, Toelke addresses the rich human history of adornment and the ways these visual details communicate attitudes and sensory experiences.

About the artist:  Amelia Toelke is a visual artist who grew up in rural upstate New York. Toelke completed her B.F.A. in metals and jewelry in 2005 at the State University of New York at New Paltz and for three years after graduating she helped organize and run a shared studio and community gallery space in nearby Kingston, New York. In 2011 Toelke received her M.F.A. from the University of Wisconsin-Madison. Toelke has exhibited nationally and internationally and continues to explore her interest in collaboration, public art, and curatorial ventures.